May 11, 2016
A strange phenomenon appeared on the weather map last Sunday, May 8, 2016. A perfect circle of rain moved across Lausanne, Vallorbe a few kilometers to the south of Geneva in Switzerland, however at that time it was not raining! 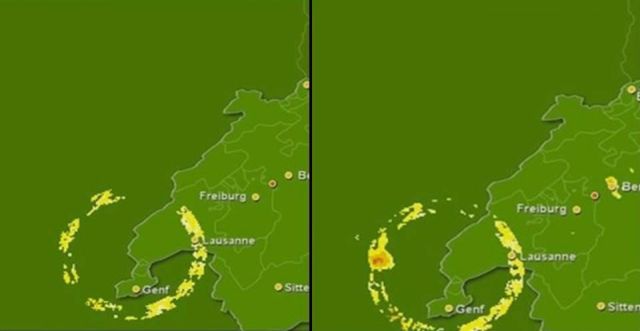 According to Meteo Switzerland, the strange phenomenon appeared as a result of a problem with the radar processing but many people speculated that the European Organization for Nuclear Research (CERN) is behind the mysterious circle above Switzerland.

And it is not first time, in recent months several strange weather anomalies have been captured by radar stations around the world.