The bizarre image proves that UFO's flying in formations or the strange formations are the result of a camera malfunction? 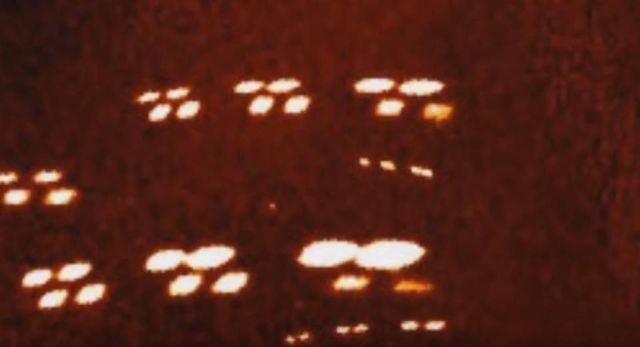 They are flying in small group formation which might suggest military craft. I have seen too many ' UFO fleets ' now to be in any doubt that this is a reality, according to Streetcap1.

About three weeks earlier, on May 9, 2016, the same satellite captured the first strange formations of each nine objects in front of the sun. 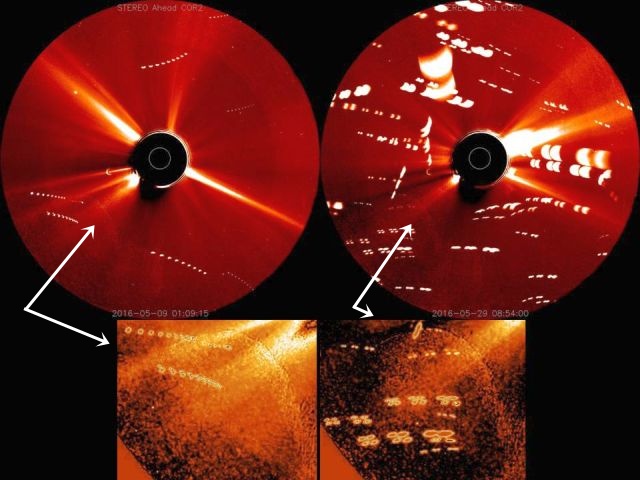 But what might stand out even more is a massive circular object next to the sun. While the object is partially visible in the image of May 9, in the last picture, the object can be seen in its entirety. See image above.