Does this eerie photo show a man's soul leaving his body?

July 14, 2016
On Tuesday, July 12, 2016 Saul Vazquez was sitting in his truck on Highway 15 near Stanton, Kentucky when an unidentified man was involved in a fatal motorcycle accident on the Bert T Combs Mountain Parkway.

While watching paramedics and concerned bystanders who were seen standing around the man, the truck driver who stuck in traffic captured a photo of the incident and noticed something unusual about it. 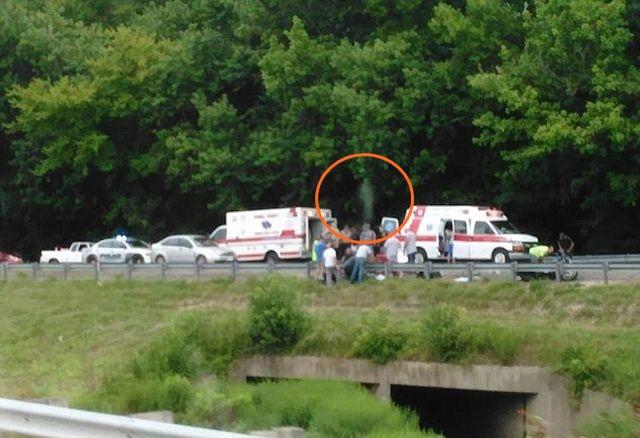 He was shocked to discover what appears to be a ghostly shadow of human-like figure floating above the victim’s body.

Saul Vazquez posted the photo on Facebook and wrote: I took this picture just few minutes ago from the cab of my truck it was an accident between Campton and Stanton on the service road just off of the mountain parkway, zoom in and pay attention to the shadow just off the top of the state trooper hat.

According to Lex18 the appearance of the eerie shadow has sparked a lot of conversation on social media and thousands of people claim the victim’s soul can be seen leaving his body. 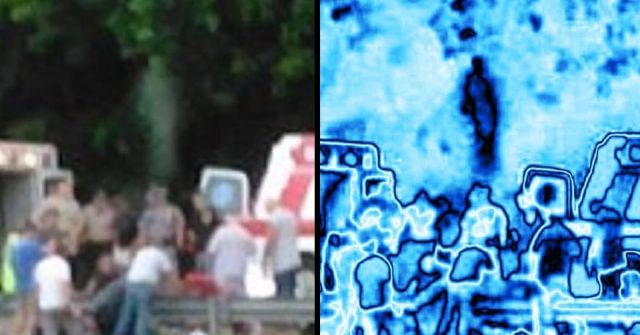 It is possibly the greatest question never to be answered: What happens to us after we die? For those who believe in an afterlife, this image might just held to confirm their suspicions.