on August 26, 2016
A strange object what looks like an “Ezekiel Wheel” passing Saturn has been detected on the Stereo-A Spacecraft on August 22/23, 2016 and it appears to be headed into the inner solar system. 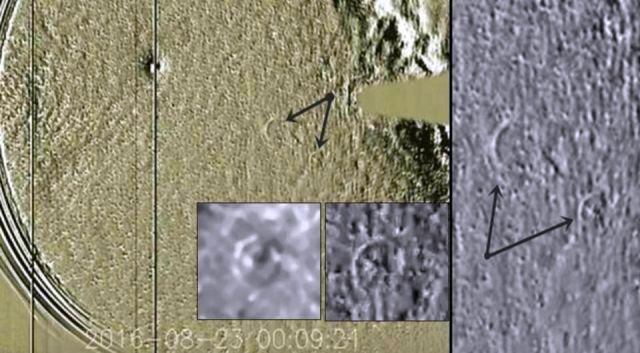 Now, this new 2016 anomaly is circular shaped, actually there are two circles at almost the same size next to each other and may be connected with each other makes it hard to believe that this object is another internal reflection.

According to Mrmb333 this object is heading towards earth, but personally I doubt if that is the case.

But there is something else going on, this week, for the first time since the Cold War, the German government told its citizens to stockpile food and water in case of a catastrophe, followed by the Czech government who also warned its population to prepare for the worst.

And on May 31, during a speech at the FEMA National Response Coordination Center in Washington, Obama said that every American is responsible for preparing for disasters, and that includes “having an evacuation plan” and “having a fully stocked disaster supply kit.”

I do not know whether all these warnings have something to do with the threat of a terror attack, a nuclear or a natural disaster or a threat from outer space, but whatever the object is and what it is doing is certainly questionable.