Tiny creature runs away from Curiosity’s drilling activities on Mars

on October 16, 2016
On January 29, 2015 NASA's Curiosity Mars rover used a drill carried at the end of its robotic arm to bore into a flat rock on Mars and collected a sample from its interior. 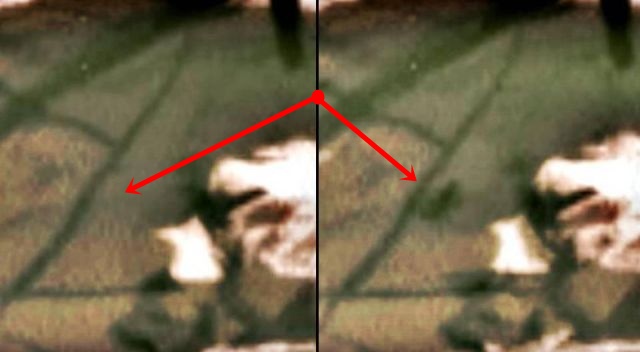 At first glance, it seems to be standard images showing the robotic arm which carried out a drill but if you take a closer look at the images taken by the Front Hazcam right you will notice a very small being, what could be an insect.

‘Mars Alive’ who discovered the anomaly made a time-lapse footage in which you can see that the insect is moving during the drilling activities.

A tiny living creature on Mars or just debris, here is the time-lapse footage.