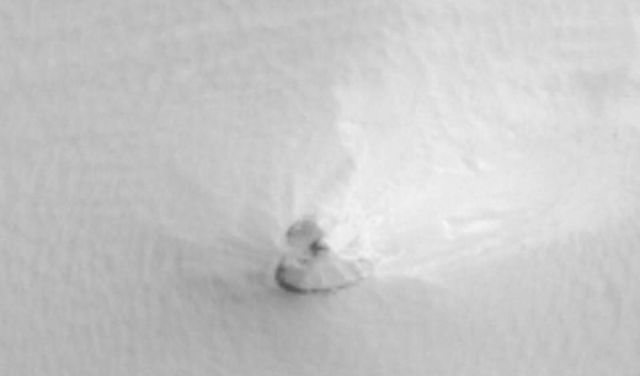 In 2000 the Mars Global Surveyor captured many images of the Medusae Fossae formation and it was Steve Wingate, a NASA image specialist who discovered a very unusual object half buried in the martian soil what appears to be a crashed alien craft.

Despite frantic efforts to make his amazing finding public the image mysteriously disappeared several times from his site, but surprisingly the image (MOC narrow-angle image M11-01534) released on October 16, 2000 remained on the NASA servers till now.

If we take a look at the crash site we see that the UFO, which is approximately 190 meters wide, impacted the surface at a low angle ending up half buried in the Martian soil. 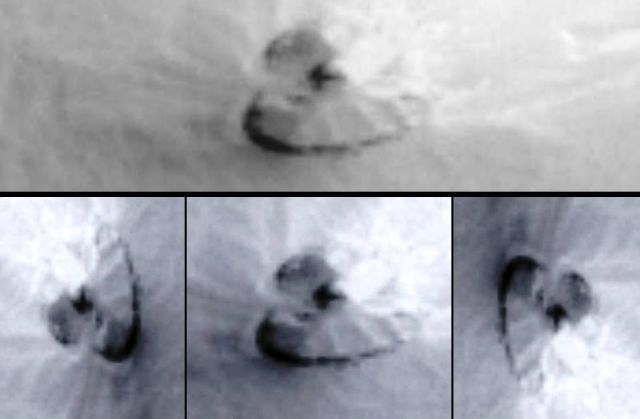 It seems the Medusae Fossae formation is a danger area for spacecraft as an image taken by the High Resolution Stereo Camera (HRSC) on board ESA’s Mars Express spacecraft on 2005 shows another possible crashed UFO. 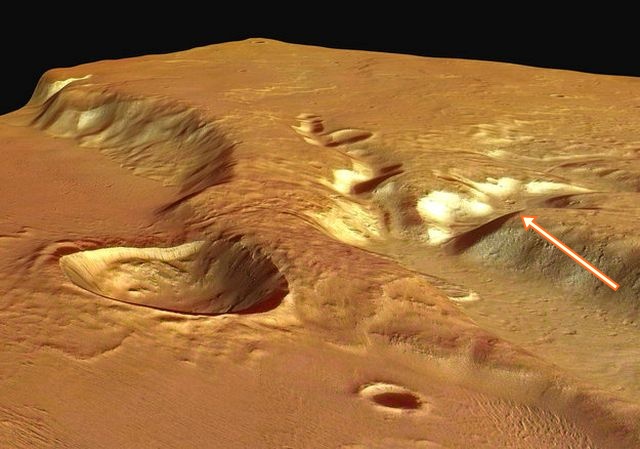 The UFO which looks like a Stealth craft is located on another part of the Medusae Fossae formation.

An interesting detail is the fact that this mysterious area gives almost no radar return, for this reason it has been called a "stealth" region.