Something Appears and Disappears in The sky over Brazil

December 05, 2016
Residents in Brazil were baffled when they saw a strange white object appears and disappears in the sky on December 5, 2016.

Some witnesses are convinced the object was a cloaked UFO others say it was just a natural sky phenomenon. 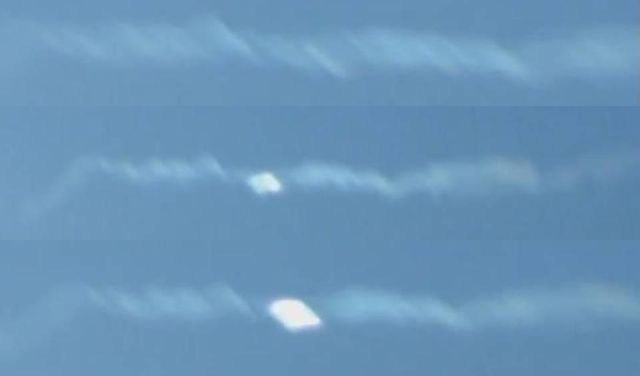 It seems like more and more strange things happen in the skies throughout the world, and it has nothing to do with aliens or UFOs.

More likely, a large and distant unknown rogue planet may be adding a wobble to the solar system.