The Dragon of Revelation 12 could be Planet Nine and it will be discovered “Official” in 2017?

December 06, 2016
Planet Nine, the undiscovered planet at the edge of the solar system that was predicted by the work of Caltech's Konstantin Batygin and Mike Brown in January 2016 appears to be responsible for the unusual tilt of the sun and may be adding a wobble to the solar system according to a new study. 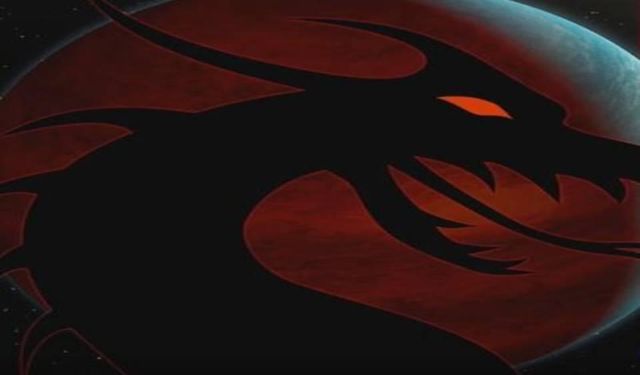 "Because Planet Nine is so massive and has an orbit tilted compared to the other planets, the solar system has no choice but to slowly twist out of alignment," says Elizabeth Bailey, a graduate student at Caltech and lead author of a study announcing the discovery.

Brown and Batygin's discovery of evidence that the sun is orbited by an as-yet-unseen planet that is about 10 times the size of Earth with an orbit that is about 20 times farther from the sun on average than Neptune's - changes the physics.

The tilt of the solar system's orbital plane has long befuddled astronomers because of the way the planets formed: as a spinning cloud slowly collapsing first into a disk and then into objects orbiting a central star but Planet Nine offers a testable explanation for the otherwise mysterious spin–orbit misalignment of the solar system.

With the above in mind, many pieces of the puzzle fall into place.

In 1983 the Washington Post wrote about the discovery of an unknown heavenly celestial body. Then, in recent years several scientists have reported on this mysterious planet and many of them died under suspicious circumstances. Furthermore, since 1983 Governments around the world building huge underground bunkers and shelters. Why? To ensure the survival of the elite from an impending cataclysm?

Now after 33 years of silence, the astronomers Mike Brown and Konstatin Batygin say that there is "something" lurking at the edge of our solar system (Published in the Astronomical Journal on June 24, 2016).

According to astronomer Mike Brown it will not take much longer than 16 months for Planet Nine "official" will be discovered. (Note: The “official” discovery will be around September 23, 2017?).

If we refer to the position of the stars in the sky everything points to a specific date, which is September 23, 2017, then could the Dragon of Revelation 12 be the rogue planet Nine (or call it Nibiru, Planet X, wormwood) in our solar system? Might it travel out into deep space only to return and to cause havoc on the earth?

Image left: Buzz Aldrin got on a Russian plane to visit Antarctica!

Could the recent trips of Patriach Kirill, then John Kerry, then Buzz Aldrin to Antarctica have something to do with this planet Nine?

There were meetings between secret forces that control the planet from behind the scenes?

November 25, 2021
JP has served for almost two years in the US Army and has come forward to give his first interview discussing secret military missions by an international space coalition to the Moon, Ganymede and other locations in the solar system.  In this exclusive Exopolitics Today interview, JP discusses his background, why he decided to join the US Army, secret missions to Earth's Moon and Jupiter's moon, Ganymede, where he met with different extraterrestrial entities.  He says that a group of recently arrived highly evolved extraterrestrials are having life changing effects with soldiers and others with whom they come into contact.  JP is keeping his name and physical appearance confidential to preserve his career, but is encouraging other former or serving US military personnel to come forward to share their own extraterrestrial related experiences.  In this video interview, Exopolitics Today only included the audio to protect his identity.  At the end of the interview, a short 3.5 min
Read more

Huge Sphere shooting out of the sun

November 24, 2021
On November 23, 2021 an explosive solar flare releases a cloud of ionized gas into space or..... could it be an alien sphere that shoots out of the sun?
Read more

Strange moving lights in the sky

November 22, 2021
Anyone who has ever had the indescribable good fortune to fly into space has always described the experience as incomparably memorable.  The majestic view of our home planet as it spins in space, so quiet and peaceful from a distance, is likely to have left a lasting impression on all astronauts.  However, not all reports of the space travelers' experiences paint such a peaceful picture. In fact, some astronauts have already reported inexplicable, sometimes eerie experiences that have happened to them in space.  Now you too can hear about the mysterious reports that have made our jaws drop!
Read more