The mysterious Red Star Betelgeuse is spinning faster than expected

December 23, 2016
Astronomer J. Craig Wheeler of The University of Texas at Austin thinks that Betelgeuse, the bright red star marking the shoulder of Orion, the hunter, may have had a past that is more interesting than meets the eye.

Working with an international group of undergraduate students, Wheeler has found evidence that the red supergiant star may have been born with a companion star, and later swallowed that star. 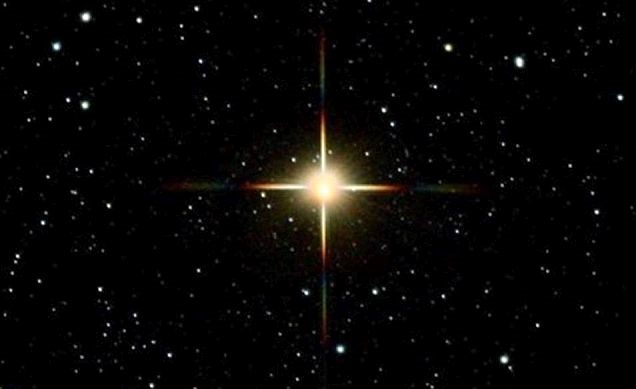 The research is published on Dec. 19th in the journal Monthly Notices of the Royal Astronomical Society.

For such a well-known star, Betelgeuse is mysterious. Astronomers know that it's a red supergiant, a massive star that is nearing the end of its life and so has bloated up to many times its original size.

Someday it will explode as a supernova, but no one knows when. "It might be ten thousand years from now, or it might be tomorrow night," Wheeler, a supernova expert, said.

A new clue to the future of Betelgeuse involves its rotation. When a star inflates to become a supergiant, its rotation should slow down. "It's like the classic spinning ice skater—not bringing her arms in, but opening her arms up," Wheeler said. As the skater opens her arms, she slows down.

So, too, should Betelgeuse's rotation have slowed as the star expanded but that is not what Wheeler's team found.

Infrared images taken of Betelgeuse in 2012 by Leen Decin of the University of Leuven in Belgium with the orbiting Herschel telescope show two shells of interacting matter on one side of Betelgeuse.

No one knows the origin with certainty. But "the fact is," Wheeler said, "there is evidence that Betelgeuse had some kind of commotion on roughly this timescale" - that is, 100,000 years ago when the star expanded into a red supergiant.