The sudden interest in Antarctica by the powers that be is because the Arctic ice is melting and it is going to reveal all kinds of ancient artifacts and other things that they would rather remain hidden. 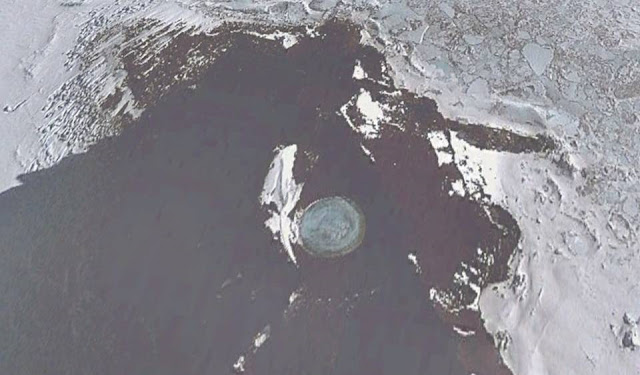 Now, using Google Earth I found an area of open water surrounded by sea ice in which you can see a perfect circular structure below the Arctic water.

This amazing structure is not something natural but an underwater base created by an alien race or a secret society who use the base for their secret “UFO” operations. 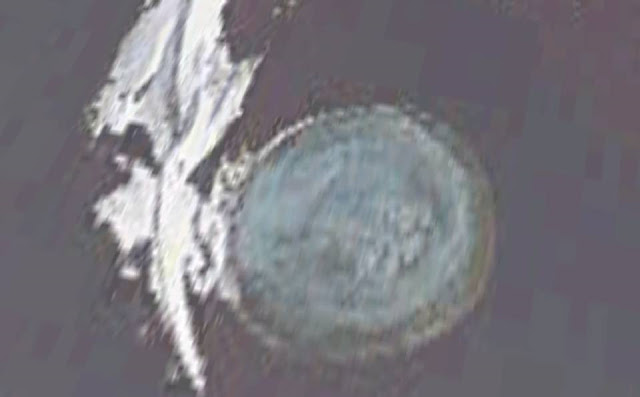 Even if they are trying to hide the secrets of the past or secret operations below the ice sheet, they will not have success because a natural process cannot be stopped

This artificial made structure under water is proof of it! 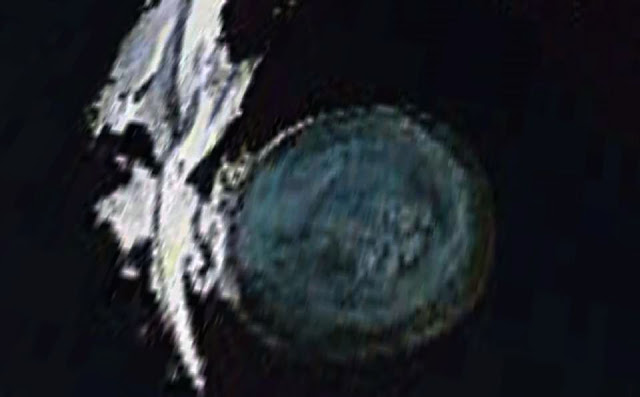