Sauder details his research effort to sift through declassified documents and speak with former inside government whistleblowers about their knowledge of these hidden installations. 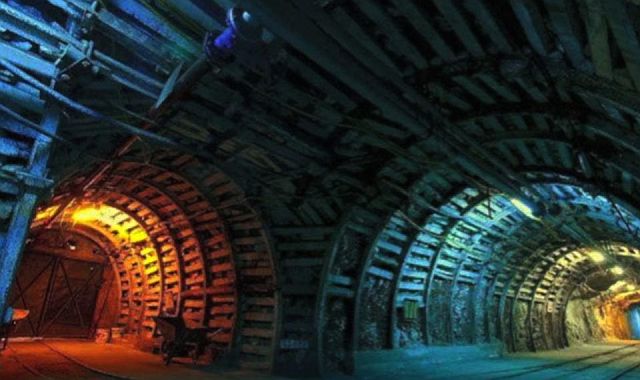 What he discovered in his cutting-edge research will blow your mind with the reality that there is an extensive world that's been built underground of a massive, experimental scientific and military infrastructure designed for deep covert operations.

With no public oversight, no budget limits and zero media exposure, these massive facilities exist as an entirely secret world operated by the most covert operators in the Deep State.

The development of deep underground bases goes far back into human history, but more recently got an amazing boost from the advent of two World Wars and the decades of the paranoid Cold War in the 20th century.

The early Nazi obsession with developing wonder weapons underground and hiding their industrial base miles beneath the surface gives us a glimpse into the strategic importance of this strategy.

The US National Security State dedicated massive black budget resources to the development of a sprawling network of secret underground command and control bases ostensibly for the survival of humanity in a doomsday scenario and to set up Continuity of Government operations in the event of a Nuclear War.

Beyond this surface explanation there are fascinating reports of massive underground facilities designed specifically to test advanced and exotic UFO Technology obtained by crash retrieval teams with a secrecy ranking that is higher than those set for nuclear classification.

This development of this reverse-engineered ET technology may be largely responsible for the massive secrecy surrounding the activities of this global network of deep underground bases.