February 17, 2017
A fast unidentified flying object seems to pass very close to a plane of the high aerobatics squad “Halcones Fach” of the Chilean Air Force during a full flight demonstration held in the city of Puerto Varas, Chile. 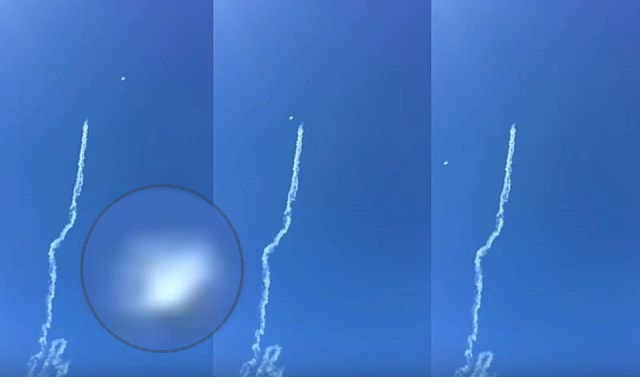 The object which comes very close to the plane crosses it’s path at high speed. Then the object makes a turn and disappears.

Several witnesses stated they saw several other unidentified flying objects close to the planes during the demonstration.


After the strange event happened on February 10, 2017, the unknown object has been the subject of much speculation (UFO, meteorite, bird or other plane) on social media.