February 09, 2017
From January 31 to February 8, 2017 NASA’s satellite Stereo Ahead HI1 captured a huge unknown glowing object which increased its brightness before it disappears. 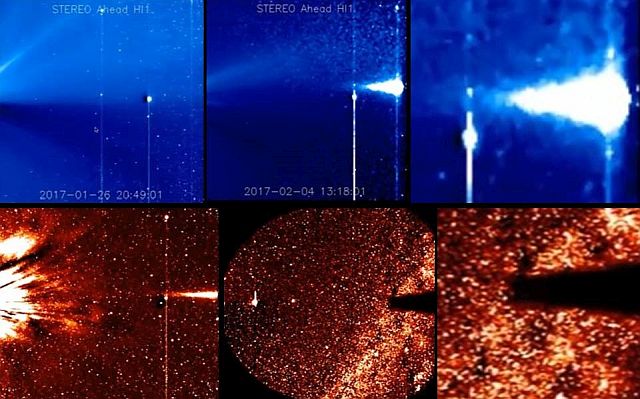 In the following footage you can see the glow of the sun but since the glowing object flying towards the sun, we can rule out solar radiation or solar energetic particles.

The object may have been an alien craft?