Strange beam of light over Mt Etna during major eruption

on March 19, 2017
Mount Etna is an active stratovolcano on the east coast of Sicily, Italy, in the Metropolitan City of Catania, between the cities of Messina and Catania. The volcano is 10,900 3,329 meters tall with a base circumference of about 150 kilometers while historical observations of Etna’s eruptions go back as far as 3,500 years. 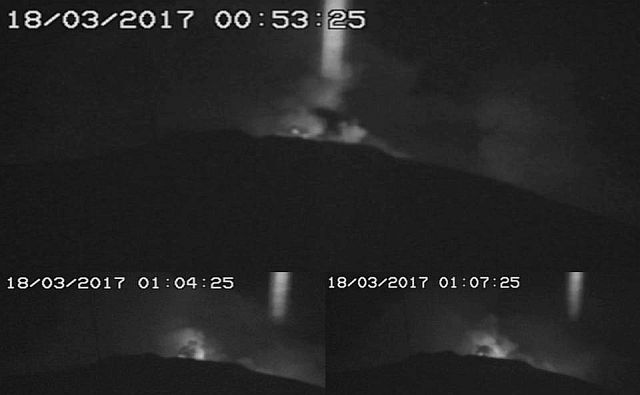 Now, this volcano has been highly active for the past three days, creating a visual spectacle as it spews lava, burning rocks and ash into the air, which is not without danger given the fact that a BBC team and a number of tourists have suffered minor injuries when the volcano erupted.

Lava flow mixed with steam had caused a huge explosion, which pelted the group with boiling rocks and steam. About eight people had been injured, with some evacuated from the mountain by rescue teams, see video here.

But it seems the volcano has some mysteries too as a strange beam of light appeared over the volcano during a major eruption.

In the next video BPearthwatch talks about the mysterious beam of light.