Extraterrestrial Being Caught Shapeshifting into a Ghost Wolf

April 15, 2017
There are many reports of Ghost wolves, Werewolves also called as Dogmen or Skin Walkers, extradimensional entities with the ability to shapeshift into therianthropic hybrid wolf-like creatures. 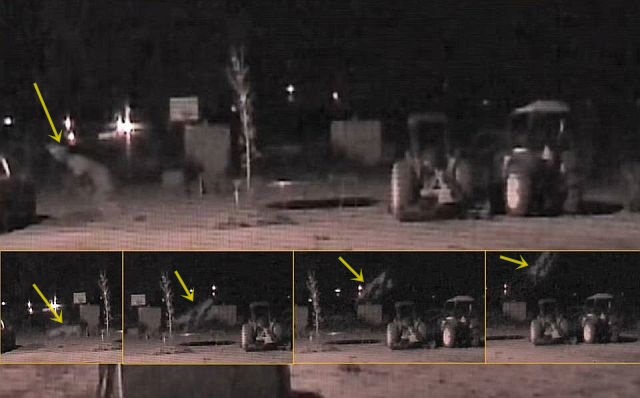 The Michigan Dogman is such a creature allegedly first reported in 1887 in Wexford County, Michigan. This creature was unknown to most of the modern world until very late in the twentieth century. It is said to have been stalking the area around the Manistee River since the days when the Odawa tribes lived there.

In Navajo Diné culture, they call it a skin-walker, a creature who has the ability to turn into an animal, or to disguise themselves as an animal, usually for the purposes of harming people.

These creatures really exist or is it just mythology or folklore?

You will be surprised after watching the next video in which L.A.Marzulli talks with Josh and Christina about their discovery of a video showing a possible extradimensional being that has turned into a Ghost Wolf. (The ghost wolf appears at about the 4.55 mark in the video).

July 20, 2013
Three ancient pyramids have been discovered in the Antarctic by a team of American and European scientists. Two of the pyramids were discovered about 16 kilometers inland, while the third one was very close to the coastline. An expedition to the bizarre structures should answer the intriguing question whether they are artificial or natural. The first reports about the pyramids appeared in western mass media last year. A few pictures were posted on some web-sites with a commentary that the strange structures could serve evidence that the ice-covered continent used to be warm enough to have had an ancient civilization living there. At the current moment little is still known about the pyramids and the team continues to keep silent about the discovery. The only reliable information provided by the scientists was that they were planning an expedition to the pyramids to research them more thoroughly and determine for sure whether the structures were artificial or natural. No details a
Read more