June 05, 2017
Over 40 years Roberto Antezana a well known astrophysicist has seen thousands of sky phenomena observed in the mountains, deserts and observatories around the world and all could be explained as terrestrial. 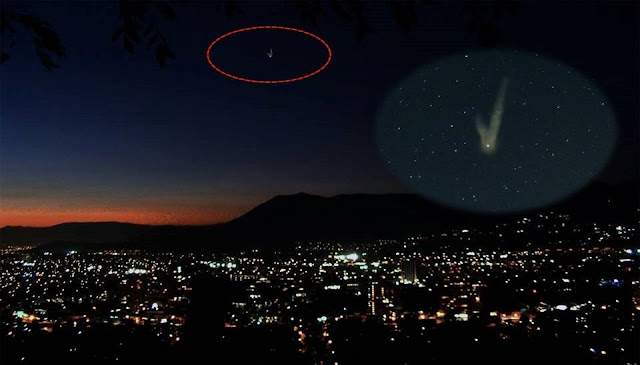 But on May 31, 2017 Roberto observed for the first time in his life a strange phenomenon in the sky which he could not explain.

He observed a strange V-shaped flying object over Chile. According to Roberto the movement of the flying object from West to East was not continuously. Sometimes it began to accelerate then it almost stopped for about 5 minutes over Zenith, before it re-accelerated to the East again.

In this case nothing corresponded to the movement of the object.

As that night the sky was clear and no clouds the object which was at high altitude was clearly visible for about 35 minutes and by using his telescope Roberto saw two bright objects inside the nebula created by this mysterious object. 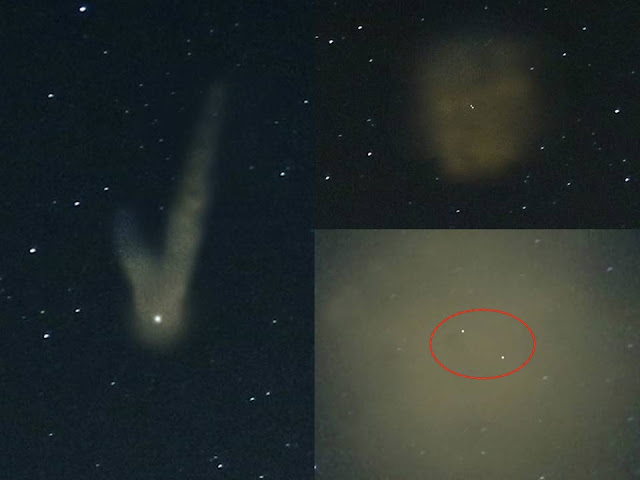 Unless it some sort of terrestrial experiment Roberto has no explanation for this strange phenomenon. 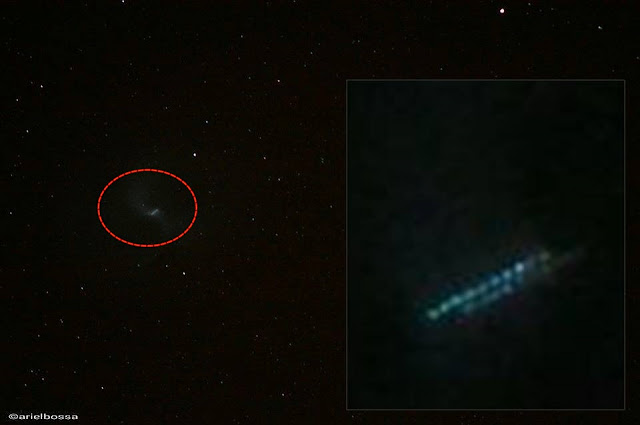 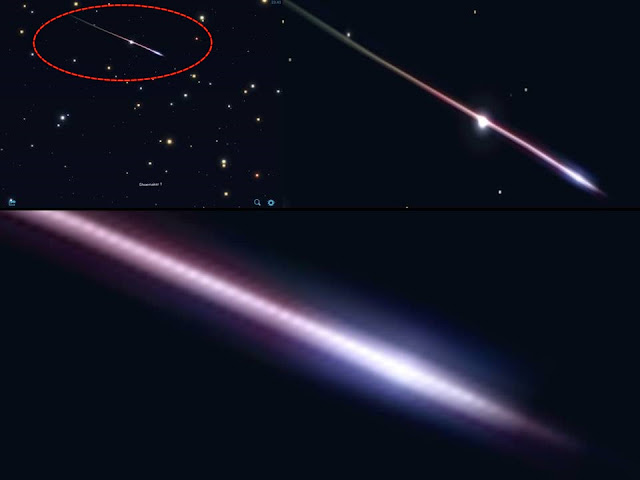 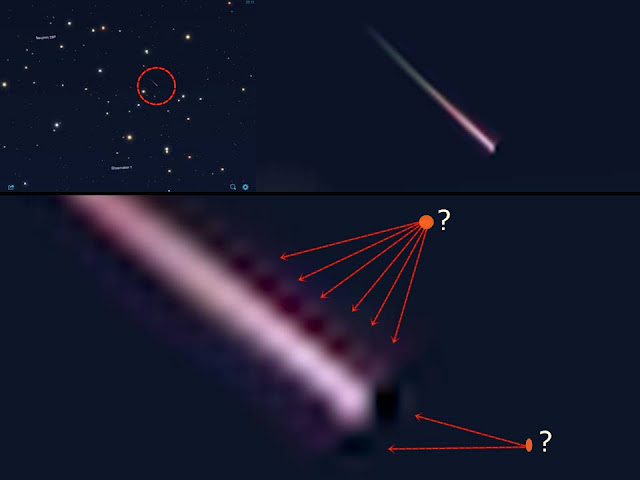 Credit image: J.M.
Two meteors or something else flying between Neujmin 28P and shoemaker 1? 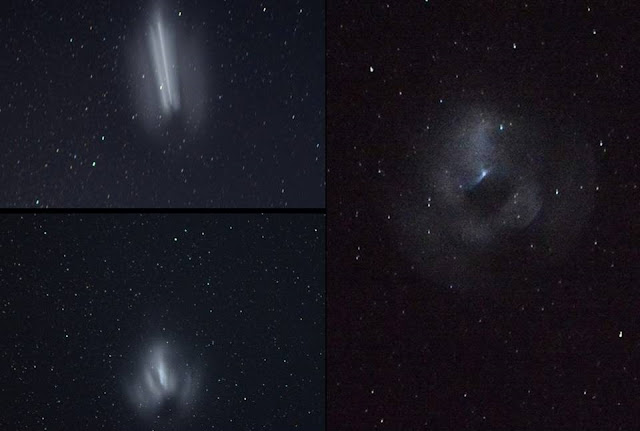