June 21, 2017
Witness was driving home when he saw a strange unnatural looking cigar-shaped object in a cloud over Blue Springs, Missouri on June 19, 2017. 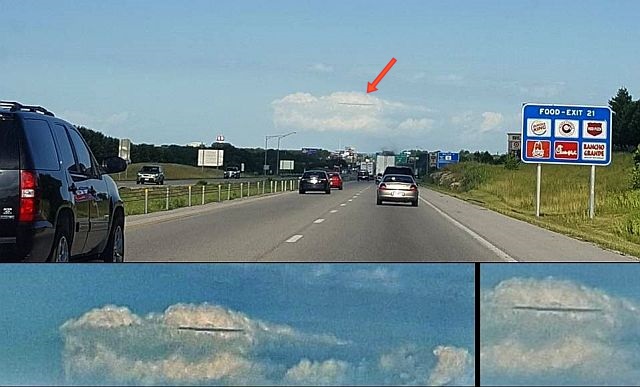 The witness states: “I was driving home from work down I-70 when I looked up and saw a strange line in a cloud so I decided to take a picture of it for further looks once I got home and noticed that it was odd to say the least I have submitted the pictures to Mufon case 84491, make your own judgments.”

During their 1969 mission one of the astronauts took a photograph of the moon on March 10. At first glance it looks like a beautiful image of the moon but if you take a closer look and zoom in you clearly see three cigar-shaped UFOs flying past the moon. 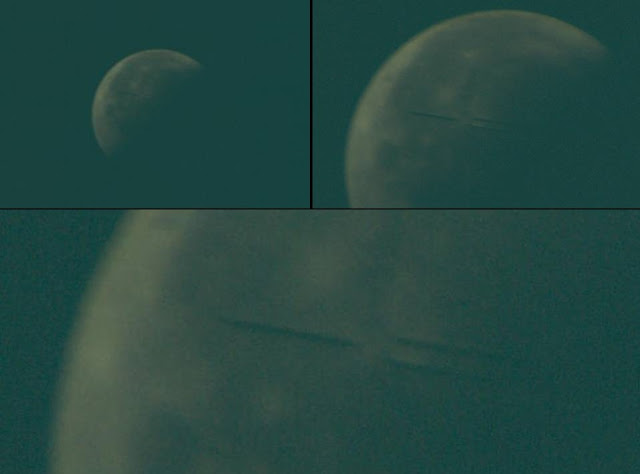 If you compare the UFO over Blue Springs then the object is identical with the Moon UFOs photographed by the crew of the Apollo 9. The above images are another proof of the existence of these huge alien spacecraft?

Link to the official NASA image of the Moon UFOs: https://eol.jsc.nasa.gov/SearchPhotos/photo.pl?mission=AS09&roll=23&frame=3500