June 29, 2017
A photograph that shows a strange blue orb has people questioning what that strange light in the sky over Merrimack in New Hampshire. 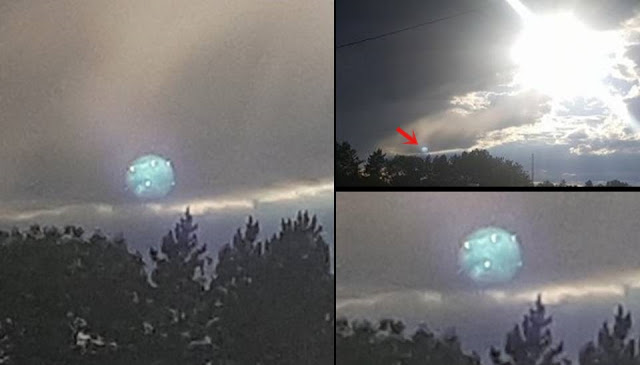 The above photo was sent in to NH1 News with the request, "What is this?" NH1 meteorologists took a look at the photo and said it looked like some sort of refraction of light from the sun interacting with the clouds.

Along with NH1 News, the photo also was sent over to UFO Sightings Hotspot. They said the object was most likely a lens flare, pointing out that it looks very similar to one captured on a NASA camera on June 11. It can be seen in the video below around the 31 minute mark, reports NH1 News.

Indeed, I have discussed with the person who sent me the image about this sighting and as NH1 News reported, in my opinion rather than a UFO sighting the blue orb is a typically lens flare, characteristic by the white dots visible especially in these kind of lens flares.

Though it is understandable that there is much confusion about this type of lens flare given the fact that almost every day people submit images of lens flares to the Mufon network wondering if they have photographed a UFO or not. 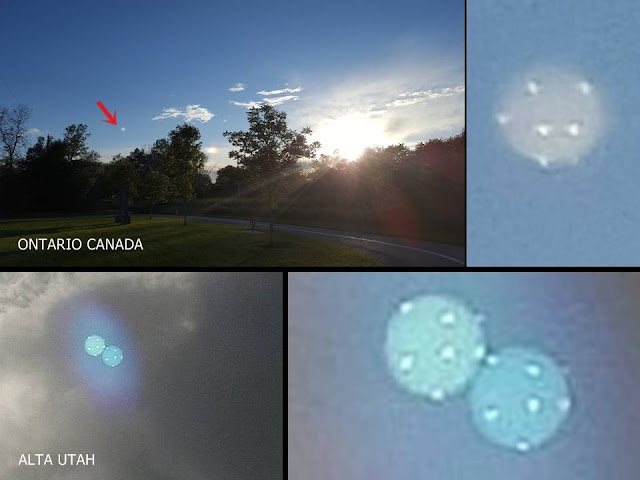 Above images show the NASA-ISS lens flare as well as similar lens flares captured in Ontario, Canada and Alta, Utah, this year.