on July 12, 2017
Strange lights darting on top of a UFO-like cloud, the moon seems to be rectangular, odd rainbow cloud and other bizarre atmospheric phenomena have been captured throughout the world last week. 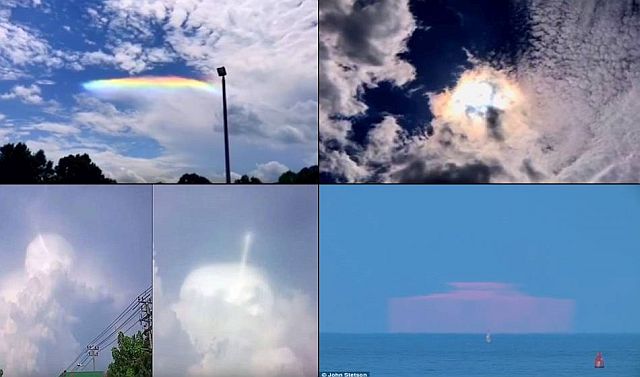 A stunning image of a strange atmospheric phenomenon has been captured by amateur astronomer John Stetson over Casco Bay in Maine on July 9, 2017.

While watching the moonrise from Dyer Point in Cape Elizabeth, Stetson saw the moon suddenly changing into a rectangular shape. 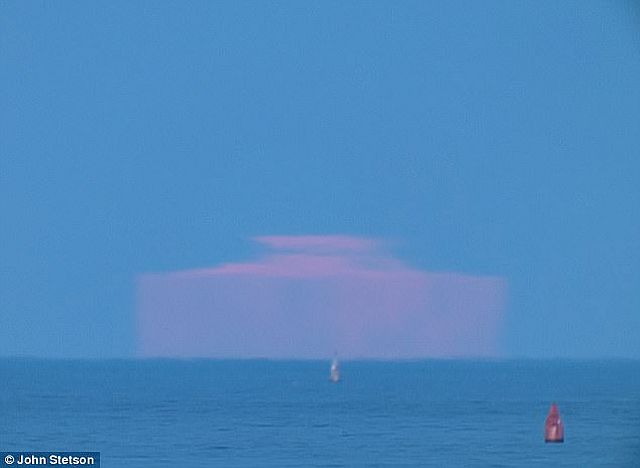 Wondering what happened and looking for an explanation it appears that the rectangular moon is the effect of a combination of warm and cold air meeting off the coastline of Maine.

Another strange sky phenomenon has been filmed in Thailand last week when the witness saw a strange light darting at the top of a UFO-like cloud. 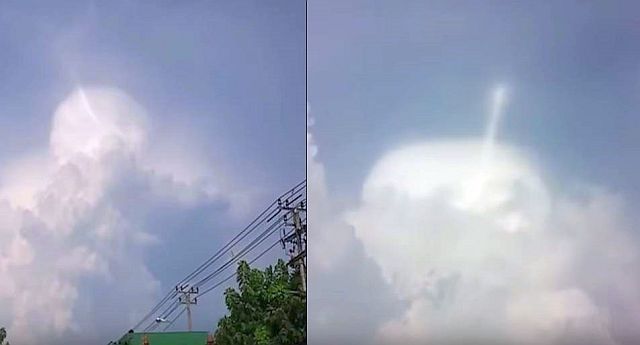 This phenomenon is a so-called cumulonimbus cloud and is the effect of sunlight reflecting off ice crystals aligned with the electric field just above the top of cloud. See video of the UFO-cloud here.

And on July 4, 2017 something really strange happened in the sky over US when people witnessed a bizarre rainbow cloud close to another strange luminous light visible between a HAARP-like cloud cover. See video of the rainbow cloud here.

As we know HAARP, NORAD and other similar facilities around the world can manipulate the weather and create what appears to be a normal weather phenomenon but in fact the most of these kinds of sky phenomena are out of place and caused by high-tech weather experiments, according to conspiracy theorists.