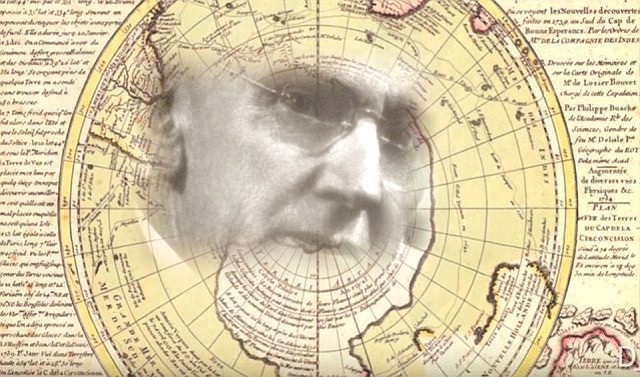 The possibility that Antarctica once formed a part of Atlantis in ancient times is explored, along with the idea that a pole shift took place 12,000 years ago and may be responsible for its current position on the globe.

Edgar Cayce’s unique vision of the enigmatic Atlantean ‘Mighty, Terrible Fire Crystal’ or 'Tuaoi Stone’ which powered the lost civilization is theorized as being the cause for the destruction and inundation of Atlantis.

While many esoteric traditions embrace the concept of a root culture that rose to great heights and destroyed itself, Cayce’s unique version of Atlantis had them located on the heart of the Atlantic Ocean and fully equipped with Advanced Technology, Flying Ships, Solar Power Stations, Laser Weapons, and Age Rejuvenation Centers.

He saw two major groups vying for power: the Sons of the Law of One, a spiritually advanced race of psychic avatars, and the Sons of Belial, a powerful group of black magic sorcerers and shadowy engineers.

The war between these two groups actually set off volcano activity due to misuse of the Fire Crystals and was responsible for splitting the continent into three islands between Florida on one side and Spain on the other.

Eventually the advanced members of the Law of One group survived founded the Ancient Egyptian and Mayan civilizations and were responsible for the cultural pyramid building as a way to preserve their ancestral memory.

With the latest happenings and developments that Dr. Farrell has been tracking since last year, is it possible a small part of this Atlantean group also went to Antarctica?