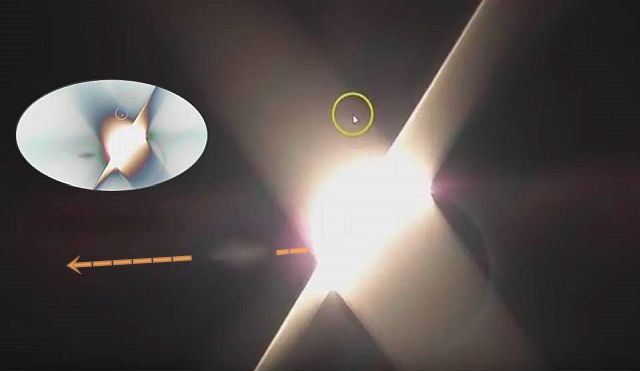 He also caught something near and above the sun. Dabh0077 refers to several moving bright orbs, though he probably overlooked an unknown object which became visible for a split second.

The UFO-like object can be seen at the 1.14 mark in the video.