Weird Thing Flying From Cloud Above The Popocatépetl Volcano, Mexico

August 03, 2017
On June 17, 2017 the Popocatépetl Volcano, Mexico started erupting on which Kat Martin decided to record the eruption in the event of a big eruption, if it happened. 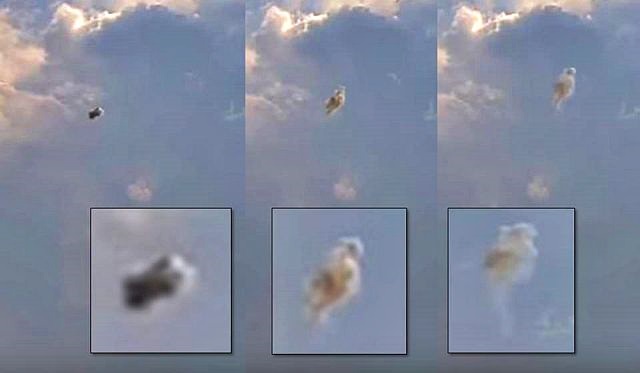 Although a big eruption did not happened she recorded something very strange in the clouds above the volcano, as a weird thing emerged from a main cloud flying towards the camera.

At first glance she thought it was a small rogue cloud but after looking at the object again it appears to be solid when it first appeared before it changed into something with at the end what looked like a tail moving back and forth.

Kat Martin, who did not enhance the footage at all, said that she cannot explain the weird object and suggests if it could be an angel or something like a space creature?

Note: The fact that it comes out of that main cloud a different color and goes the opposite direction of the rest of the clouds which is against the wind, suggests that it is something different than just a small rogue cloud, but if it is a cloud then how does that happen?