on September 12, 2017
Local legends speak of a mysterious ‘spaceship’ that has remained since ancient times somewhere near a system of three caves located between the cities of Veracruz and Puebla in Mexico on which a group of researchers decided to travel to the area a few months ago to find out more about this mysterious ‘spaceship.’ 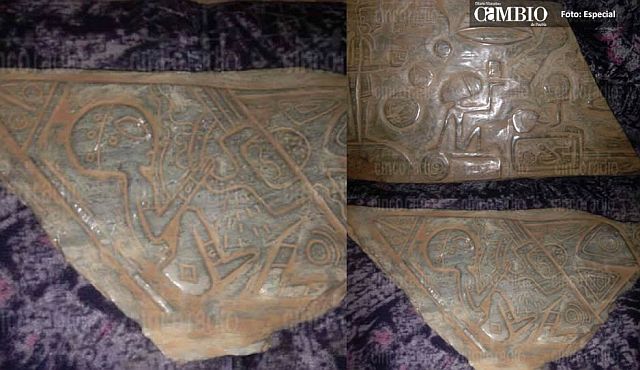 So far they did not found the alleged ‘spaceship’ but during their research in one of the caves they have found stone objects with images of what seems to be alien spacecraft and aliens engraved in the stones.

Engraved in one of the stones there is a suspected alien standing next to a ruler of pre-Hispanic culture. There are also symbols found that need to be decrypted.

The researchers are convinced that the’ jade’ stones with engraved extraterrestrial figures could be the ultimate proof that the earth has been visited by aliens thousands of years ago, moreover, the mixture of extraterrestrial and non-extraterrestrial cultures on the stones suggests that there was contact between aliens and the Mayan culture. 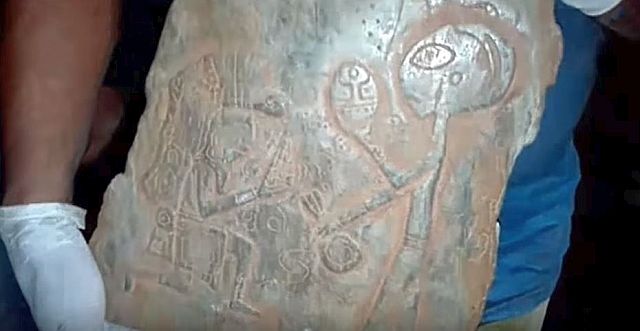 One of the researchers, José Aguayo, admitted that the Mexican Institute of Anthropology and History (INAH) cannot say anything about the discovery because there are images on the objects that contradict everything we have been told about our history and origin.