September 04, 2017
A video released in Chile by UNICEF (United Nations Children Fund) shows an alien child being integrated into a classroom with human children.

At first the alien child was mocked, but after showing his advanced psychic skills he was accepted by the human children. 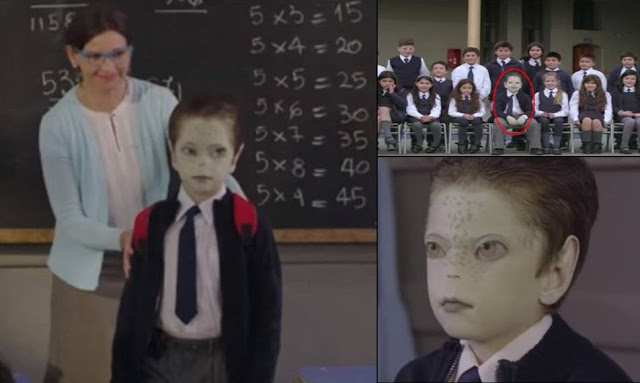 You have to know that UNICEF has an agreement with an organization of the Vatican called Scholas Occurrentes” initiative.

This organization founded by Pope Francis is sponsoring UNICEF in an attempt to change the way children are educated.

This UNICEF alien video is not only evidence that there is a direct link between UNICEF and the Vatican but it suggests that behind the scenes the Vatican is part of the United Nations secretly initiative to prepare the human race to accept alien visitors with the ultimate goal to integrate these alien visitors into the human society, reports exopolitics.org.

The text in the description box below the video released on the Facebook page of UNICEF Chile is clear: “Knowing someone else is a great opportunity to live valuable experiences. Say yes to integration!”