on November 27, 2017
A mysterious 3-mile-wide asteroid is going to buzz our planet before Christmas.

Although NASA has classified it has a ‘potentially hazardous asteroid’ and Russian astronomers have warned that the object will fly past ‘quite close there is no chance it will hit us as it will pass 6.4 million miles from Earth on December 17, 2017. 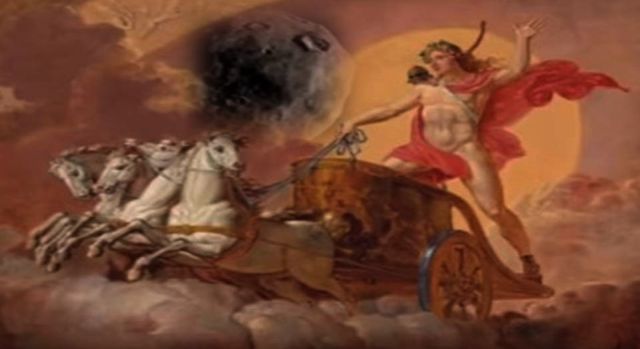 The huge asteroid 3200 Phaethon is named after the Greek demi-god who according to the legend, borrowed the sun chariot from his father the God Helios, however, Phaethon was unable to control the horses and nearly set the Earth on fire due to the misdriving of the sun’s chariot before being killed by Zeus who was forced to kill Phaethon with a thunderbolt to avoid a disaster.

Phaethon which means ‘the shining one’ will probably bring some nice fireworks in the sky.