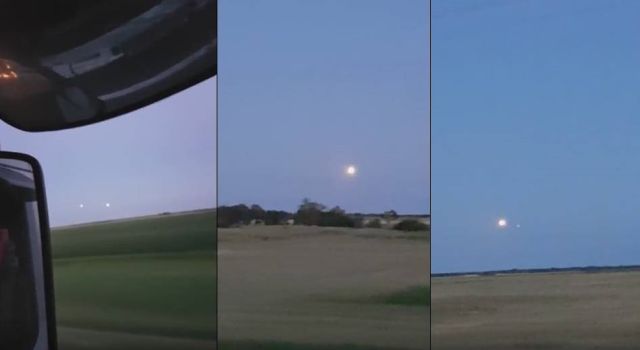 While filming the two spheres the smaller ball of light suddenly vanishes but after a while it returns again out of nowhere flying towards the bigger ball of light which seems to hang motionless in the sky.

It remains unclear what these spheres may have been.

The moment the smaller sphere appears again flying towards the huge sphere can be seen from the 2.05 mark in the video.