Alien Spacecraft Above The Moon’s Surface?

December 17, 2017
In the nearly 20,000 Apollo Mission images they've now released to the public, we are finding alarming evidence of ET space vehicles.

This image, though, requires no altering of exposure or any other filters in order to view a possible alien craft flying near the moon during Apollo 14. 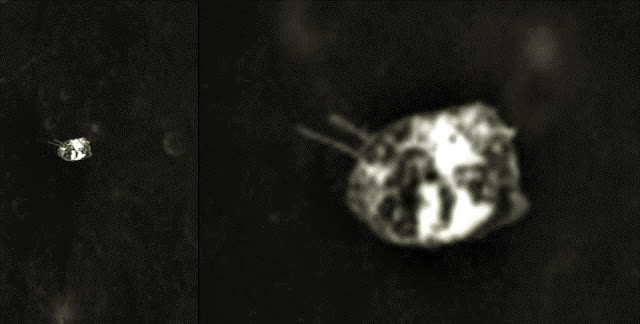 Is it possible that NASA after years of “cleansing” images missed this one?

The object is indeed an alien craft or it is just a photographic defect, a speck of dust on the photograph and no-one cared or bothered with it... or could it be the Command Module?