on January 28, 2018
The following footage of a triangular craft has been recorded by a resident in Le Beausset in France on January 19, 2018. 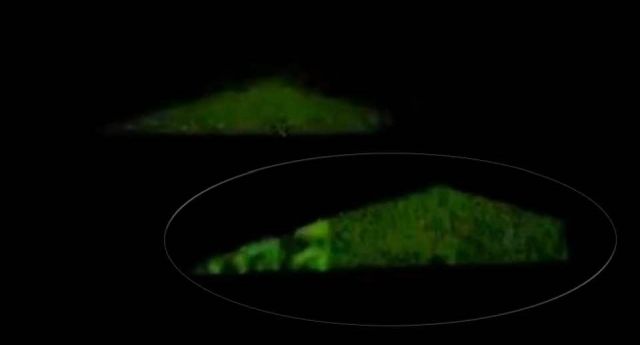 The videographer states: I was in my garden, watching the sky as I often do. I saw two lights moving together very close to each other as I used to observe satellites there.

I thought it's not flashing so it's not a plane or a helicopter. There was no noise I could hear. It was not a satellite because the 2 lights are very low in altitude and my intuition tells me quickly take your phone and film.

I could not film very long because my gate is a little high and was locked.

When watching the video I realized the form I was filming and I thought it was strange. I was very excited and intrigued by what I was able to see and video. Source: www.mufon.com