What caused the Bright Flash that turned night into day over Russia on Jan 7, 2018?

on January 10, 2018
A mysterious bright flash turned night into day over a huge area of Russia on January 7, 2018. The phenomenon was seen and felt over thousands of miles in Russia, especially in the regions Bashkortostan, Udmurtia, and Tatarstan. 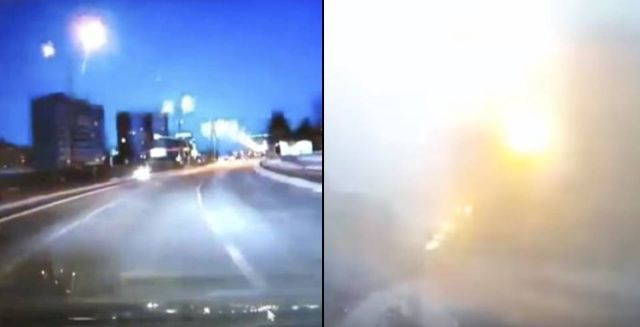 The flash accompanied by large explosions, whereby even the ground was shaking and moving according to witnesses was blamed on a UFO visitation or a meteor exploding in the atmosphere.

Russian officials and scientists immediately denied that there had been a Russian missile test or any reported space rock crashing to earth, but it is clear that something unprecedented has taken place in the sky.

It reminds us the Tugunska event from June 30, 1908 when a huge explosion, which came out of nowhere, ripped through the air above a remote forest in Siberia, near the Podkamennaya Tunguska River and flattened 2,000 square kilometers of forest.

It is said that in the Tugunska case, a UFO has destroyed itself by crashing into an object to save Russia with as a result that the object is thought to have disintegrated at an altitude of 5 to 10 kilometers rather than to have hit the surface of the earth.