March 22, 2018
Kerry John together with his wife flew over Turkey somewhere over Izman and Khios Sea heading into Athens around 4.30 pm on March 21, 2018 when they noticed something that appears to be flying away at right angles from the commercial jet and somehow without either of them appearing to turn they end up almost following the black object. 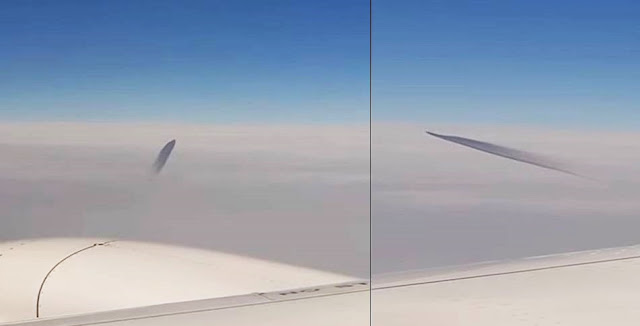 Kerry states: In my days I was the vice president of the UFO society in Canberra Australia. We investigated sightings but I must admit this was odd even for me.

It was obviously close as the angle relative to the plane changed quite rapidly.

Up at altitude we often see in undisturbed air as this was a very calm air, white streaks like fine layers of crystalline clouds.

This was spotted by my wife a little before I filmed it. It was a thin black line. When I first saw it and to me incorrectly, it appeared to turn straight towards the plane I thought I had seconds to live and was relieved to realize it was facing away and we appeared to fly by. 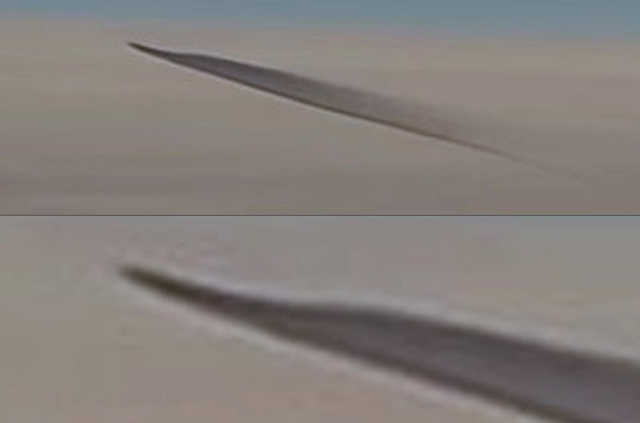 Note: Black object is a UFO or a Missile? In case it is a missile better you think twice before you take a commercial plane that flies over Turkey!