Large Structures In The Clouds At 10,000 Feet High?

March 24, 2018
Airplane passenger states: On February 18, 2018 I was on a flight heading towards ft Lauderdale near Louisiana and when flying over the Gulf I saw something interesting after one and half hours into flight at an altitude of about 39,000 ft. 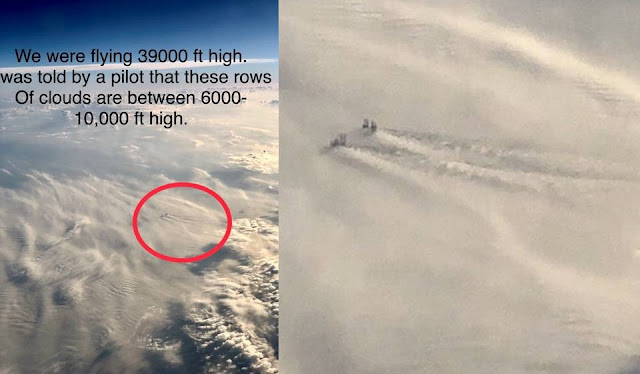 The pilot told me that the clouds below us in the plane are 6-10 thousand high up.

So here what’s weird, I saw some sort of large structures with giant antenna or smoke stacks, something large enough to be making the clouds look like a wake from a boat in going through them. 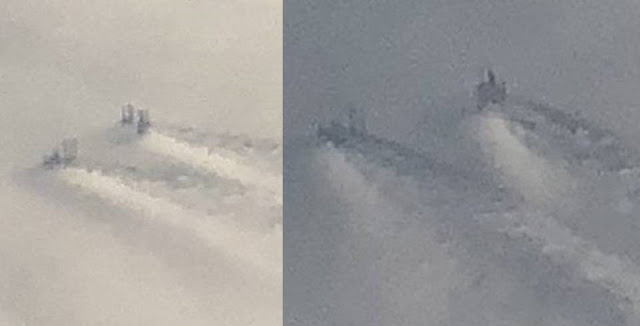 At first I thought the structures are oil platforms but these platforms are only 200-400 ft above sea level but I could see oil platforms further on in my trip and they were tiny in comparison. So I'm ruling that explanation out 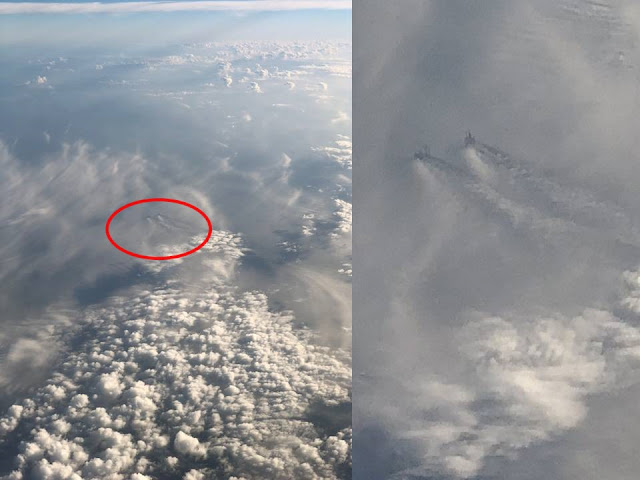 If we know that the tallest man-made structure is the 2,717 feet Burj Khalifia tower in Dubai then I wonder what are these extremely tall structures above the Gulf, massive enough to make large wakes in the cloud patterns? Mufon case 90956.