What Happened In Deep Space?

May 14, 2018
Streetcap1 has recorded a strange and unusual astral phenomenon that showed up on the Stereo Ahead satellite. 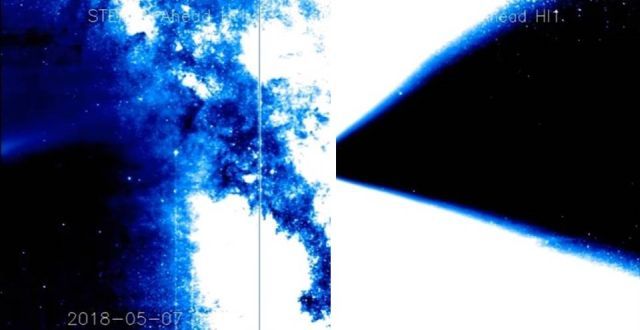 The footage shows a normal picture of the solar system when suddenly ‘something’ completely disturbed the images resulting in a picture of a distorted solar system.

It is unclear what caused the disruption, but it looks like a huge shock wave is travelling through space.