Chinese fisherman caught a mutant FISH, with a PIGEON head

June 15, 2018
A fishing enthusiast in China made a catch with a difference during a recent outing. Footage shows how the angler reeled in a large and highly unusual fish with a bulbous pigeon-shaped head. 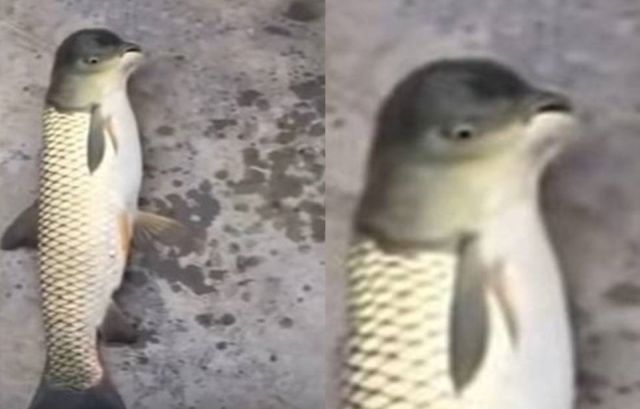 Stunned onlookers took pictures of the unique bird-like creature on their phone as it lay gasping for air.

The clip was shot in Guiyang City in southwestern China's Guizhou Province on June 5, 2018.

Another strange ocean live event happened when a storm that swept over the city Qingdao in China spawned conditions which caused sea creatures to rain down from the sky this week.

Residents were stunned to see various creatures of the deep that had been suddenly deposited onto cars and sidewalks from the sky. 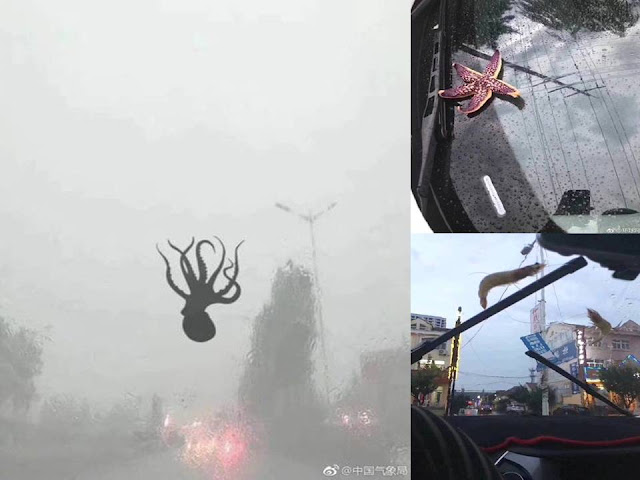 Photos posted on news.163 of the odd rainfall spread like wildfire on Chinese social media with perhaps the most iconic image being that of an octopus hurtling through the air as if it were floating in space.

Other creatures caught up in the chaos were starfish and shrimp which found their way onto a number of windshields throughout the city.