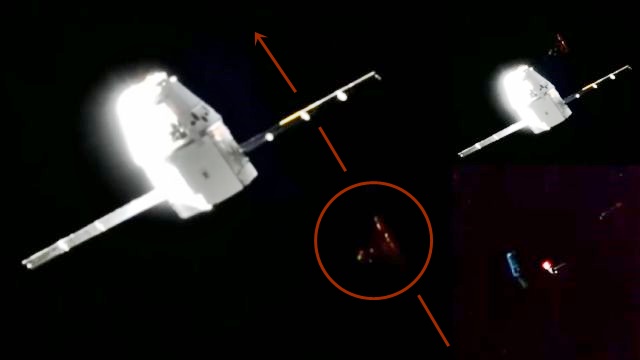 But during the docking procedure of the dragon capsule and the International Space Station suddenly a triangular object comes into the view moving behind the Dragon capsule until it disappears into space.

It is unknown whether the object originated from the ISS or if it was a UFO.

Below the footage of the the triangular object that looks like a typical TR-3B at the moment it passes the Dragon capsule during the streaming of the docking procedure.

You can also see the object around the 1.35 mark at the original SpaceX Live stream.