What is this strange pulsing beam of light over Edmonton, Canada

November 27, 2019
The aliens are coming for a landing? A strange pulsing beam of light appeared in the sky over Edmonton, Alberta, Canada on November 29, 2019. 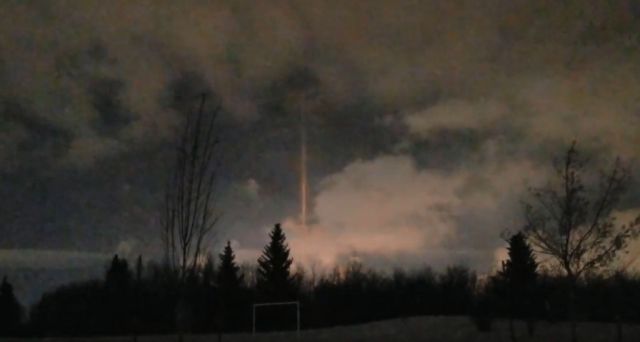 Tinkerbell Bear while driving home saw this really strange pulsing beam in the sky and said "I've never seen anything like it and it is so weird! Anyone know what it is or seen this before?"

According to cbc.ca - the Edmonton Fire Rescue Services determined that the beam of light is flaring and came from Imperial Oil's Strathcona refinery. Flares are used in refineries and petrochemical facilities to safely burn excess hydrocarbon gases that can't be recovered or recycled.

Below Tinkerbell's video of the weird beam of light. More images of the sky phenomenon, see cbc.ca