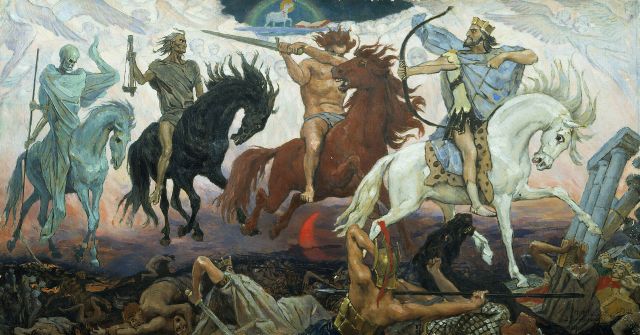 With the current corona (covid 19) virus, the fight against this invisible enemy, despite the attempts to stop the invisible enemy the rider on the red horse slays a great number of people.

Next the rider on the black horse arrives, with the world under lockdown and a looming recession, resulting in high unemployment and bankruptcy of many factories and stores which may lead to a shortage of food supplies ultimately resulting in anarchy then Death accompanied by Hades arrive upon the pale green horse.

How true can it be.