June 12, 2020
A photograph taken by the Curiosity Mars Rover shows an abandoned mining crawler or at least a part of the crawler likely used to take Mars materials.

The same photo also shows what looks like a strange human-like figure dressed in a black suit on top of the ridge apparently inspecting something, but of course it just could be an incorrect perception of a natural mars object. 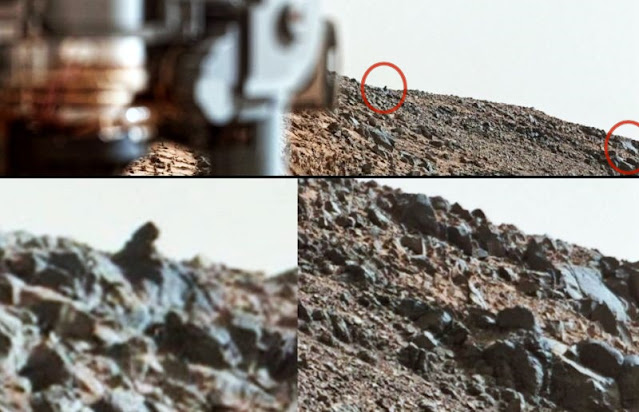 About the mining crawler, although our brains are not used to seeing alien technology, this object is clearly a machine or part of a machine previously used by an unknown intelligent specie. 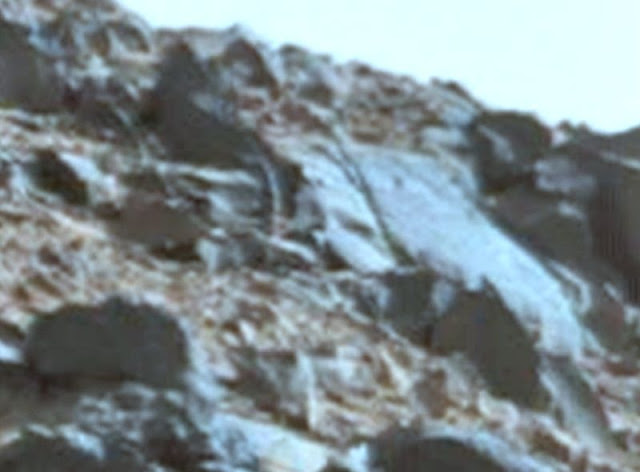