"SOMETHING" stops midair and reverses during Ontario Lightning Storm

June 05, 2020
On June 2, 2020 a photographer was taken a video of a lightning storm passing over Mississauga, Ontario, Canada when suddenly an unknown bright object flies into the storm. Then the object stops midair, reverses and disappears at high speed. 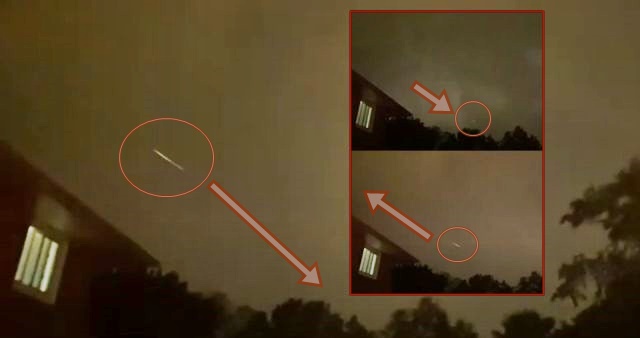 There are some strange things that happen in a lightning storm. There is the possibility that what we are seeing is a so-called ball lightning.
Ball lightning is an unexplained atmospheric electrical phenomenon described as luminescent, spherical objects usually associated with thunderstorms, but in this case it is not likely, since the object is not spherical.
Maybe a shooting star? But have you ever seen a shooting star that stops midair and reverses its direction?
Although it remains a mystery what the object may have been, it does appear to be under some type of intelligent control.