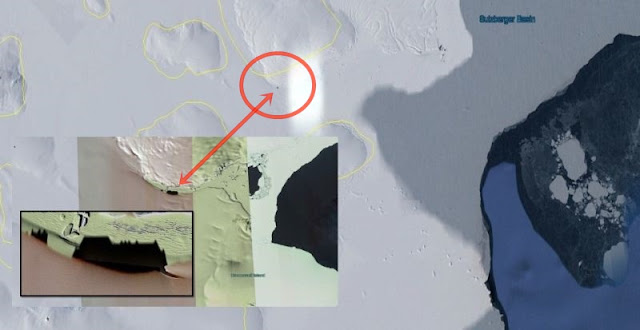 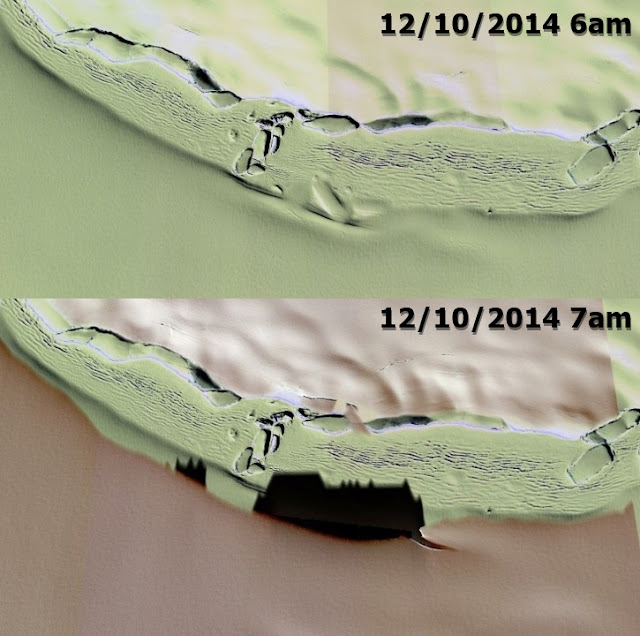 Something went wrong with the Google Earth image processing or the appearance of the shadow is a mysterious and unexplained holographic projection from the past when it used to be ice-free until about 34 million years ago, before it became covered with ice.