September 29, 2020
During a thunderstorm one night in September, Brennan Nedeff saw a weird light in the night sky and thought it was the moon but at the end it looks like something came out of the cloud formation. 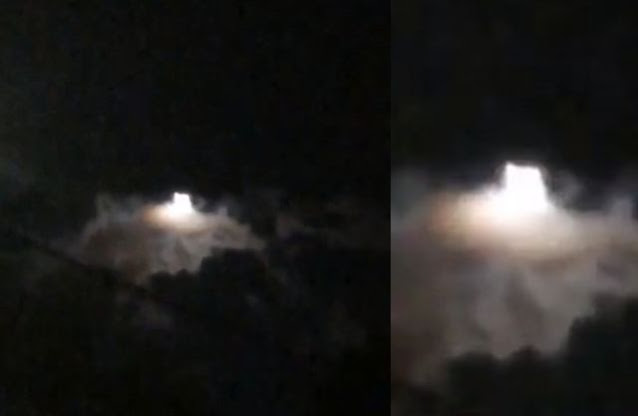 The strange light is an atmospheric optic that sometimes occurs when clouds reflect the Moon's light or something supernatural has taken place in the sky over Yakima Washington?