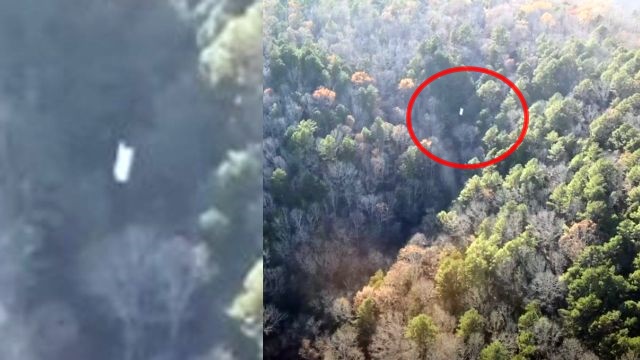 The object starts from the bottom center near the start and is very small because it appears to be near the ground, but gets larger the closer it gets to the drone.
The drone was within line-of-sight and was about 390-feet above the ground from the takeoff point.
The object can be seen close to the ground and then flies almost straight up. The speed of the object is calculated to be around 53.2-mph. The video was filmed in 4K HDR mode.