Aliens among us; MEN IN BLACK - Full Russian Documentary With English Subtitle 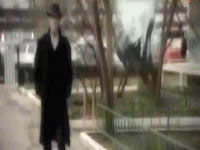 On Friday, December 7, the current Russian Prime Minister and former President, Dmitry Medvedev, made some startling off-air comments to reporters while his microphone was still switched on. He was asked whether the President is given any secret files on extraterrestrials while in office.

In his responses, Medvedev not only confided that extraterrestrials are visiting the Earth, but that some are actually living among us.

He went even further to say that the Russian documentary, "Secrets about Men in Black", could give you more details about this issue

Watch the documentary about "men in black"