Mystery of the Crystal Sphere of Atlantis

Atlanteans allegedly harnessed the energies of the pyramids, using harmonics linked to crystals to that end. As we have the Great Pyramid at the center of the planet linked to the grid matrix that creates our reality, so, too, did the Atlanteans.

Their pyramid allegedly sunk to the bottom of the Atlantic Ocean which is a metaphor about returning to the collective unconsciousness or source of creation.

Atlantean crystals received power from a variety of sources, including the Sun, the Earth's energy field grid system or from each other.

Grids point are often marked by pyramids. The Atlanteans used this energy, combined with crystals, to transmit energy from one pyramid to another or, as aliens, to enter and leave the planet.

Depending on the tilt of the Earth's axis at a particular time of the year, one pyramid would function to intensify and transmit energies to other pyramids which would then act as receiving devices and would disperse energy as it was needed. The opposite would apply when that pyramid was at an unfocused point to their celestial alignment, when other pyramids would be used as transmitters.

It was an intricate matrix crystal grid system.

As controversial as the land of Atlantis remains, it is still an enigma that cannot be disproved. To add more mystery to the dilemma, a baffling mystery exists, surrounding an unusual crystal sphere said to have been found in a submerged pyramid in the waters near the location where Atlantis was said to have existed.

Known as Ray Brown’s Atlantean Crystal Sphere, the discovery of the sphere occurred during a scuba diving trip to the Bari Islands in the Bahamas in 1970.While diving, Ray Brown – a naturopathic doctor – became separated from his friends and while he searched for them, he came upon a strange pyramid structure. 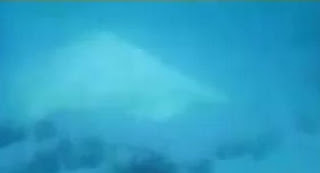 Though startled by the find, he investigated and was amazed that the sides of the pyramid were completely smooth and the joints between the individual blocks to be nearly imperceptible. Upon entering the pyramid, Ray was further astounded by the clean, smooth sides of the interior: no algae or coral grew on the walls.

Not only that, but he was able to see the interior clearly as the room was well lit but there was no detectable source of light. He tried to remove a a multi-faceted red gemstone attached to a metallic rod that descended from the center of the ceiling, but was unable to dislodge it. About four feet below the point of the red gemstone, stood a bronze metal sculpture of two open hands, and resting upon the palms of the hands was a crystal sphere, about four inches in diameter. He was surprised that he could lift the crystal sphere easily.

And so he seized his prize and headed toward the exit. As he did so, he felt an invisible presence come near and a voice that warned him never to return. Concerned that his prize might be taken away from him by the government as salvage treasure, Ray kept the unusual sphere – and his story – hidden until 1975.

For What Purpose Was the Crystal Sphere Created 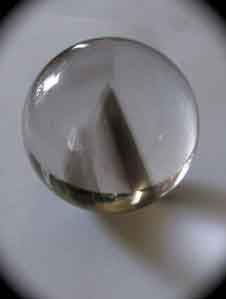 Inside the sphere are the images of three pyramids, one in front of the other. Some, entering into a meditative or alpha brainwave state of consciousness, are able to clearly see a fourth pyramid, in the foreground of the other three. At another angle, some have claimed to see a faint image of a large single eye serenely gazing out at them. Thousands of tiny fracture lines also appear and may be electrical in nature, like some form of microscopic circuit ry. The use of the crystal sphere in ancient times is not clear: only speculative at this point. Some say that the crystal sphere was used in conjunction with other powerful faceted stones (perhaps the red stone Ray Brown saw in the underwater Pyramid?) to draw in and concentrate enormous energy from the earth, then generate and project the resulting tremendous power. For good or for ill purposes, no one can say.

Ray Brown's Atlantean crystal sphere has only made a few public appearances since 1975. It was at the 9-9-9 Crystal Skulls World Mysteries Conference in Arizona and the 10-10-10 Legend of the 13 Skulls Conference in New York. 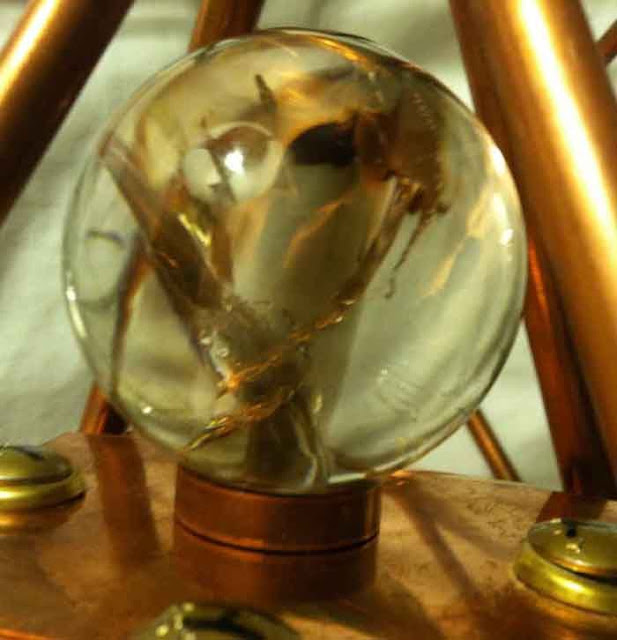 Interestingly, whenever Ray Brown's Atlantean crystal sphere has been displayed, mysterious occurrences have often been reported: phantom lights; feeling a breath of wind; hot and cold sensations; tingling of energy; hearing voices. Some have claimed to experience healing from the sphere. At times, compasses have been affected when placed next to the crystal while some metals seemed to have become temporarily magnetic.

When Ray Brown passed on at the age of 89, the Atlantean sphere came into the guardianship of Arthur Fanning.

Dr. Brown's crystal sphere is the source of a variety of paranormal events. People have felt that activation of the sphere is increased through high intensity sound waves in combination with ancient mantras.

A compass needle placed next to the sphere will spin counterclockwise, then begin turning in the opposite direction when moved only two inches away.

Metals are temporarily magnetized in close contact with it. There are even recorded instances where one person has been temporarily healed of an ailment by touching the crystal sphere, but then the next person to come into its range took on the symptoms of the ailment of the other person, as if the crystal could draw out and then activate human disorders at will.

Trance reading on the mysterious sphere adds that there were four identical spheres created: two were destroyed in Atlantean times as they were used for evil purposes; the third still remains hidden in a submerged temple; the fourth is in possession of Arthur Fanning. Do the positions of the three pyramid images in the crystal hold a key to finding a fourth, as yet unfound subterranean pyramid, that is the fabled Hall of Records? Maybe...

Just what the purpose of the crystal sphere was, and what role it once played in the enigmatic instrument Brown found inside the sunken Bahaman pyramid, remains a mystery, though of course there are some interesting possibilities. 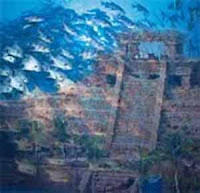 One idea proposed is that the sunken pyramid once attracted, accumulated and generated cosmic forces. The suspended rod may have conducted forces accumulated in the capstone; the faceted red gem at its end concentrated and projected the energy to the crystal sphere below it, showing the evidence of an energy transfer, probably amplified the release of energies; while the crystal sphere acted as the tuner and broadcaster of the energies.

All that we know for certain is that the crystal sphere Dr. Brown retrieved from this system is by itself testimony to a most sophisticated technology, for as experts at the Smithsonian Institute in Washington noted, the technology for cutting quartz stone to the perfection exhibited in the crystal sphere was not accomplished by our civilization until after 1900.

Crystals have the ability to transfer energy, to retain it, to maintain its intensity, to focus and transmit it over great distance to similar receivers as are equal or comparable to the transmitter. The larger stones, called Fire Crystals, were the central receiving and broadcasting stations, while others acted as receivers for individual cities, buildings, vehicles and homes. On a higher spiritual level, rooms made of crystals were places where the Initiates left their bodies in the Final Transcendence, often never to return.