The standalone card game made by Steve Jackson Games (SJG), inspired by The Illuminatus Trilogy by Robert Anton and Robert Shea.


The game has ominous secret societies competing with each other to control the world through sinister means, including legal, illegal, and even mystical.


Card No. 291: Joggers
No one suspect a harmless jogger! 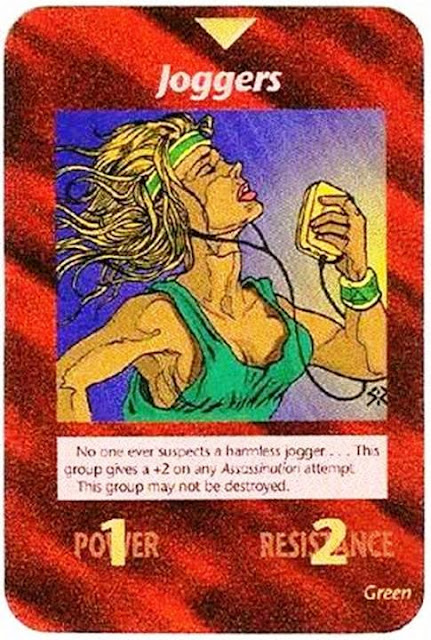 
Too many events were already predicted in one of the cards, again coincidence?