Pineal Gland ‘Third Eye’ the seat of our Soul 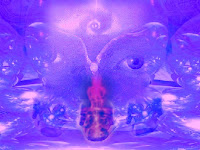 The pineal gland (also called the "third eye") is a small endocrine gland. It produces melatonin, a hormone that affects the modulation of wake/sleep patterns and photoperiodic (seasonal) functions. It is located near to the center of the brain between the two hemispheres, tucked in a groove where the two rounded thalamic bodies join. Unlike much of the rest of the brain, the pineal gland is not isolated from the body by the blood-brain barrier system.

While the physiological function of the pineal gland has been unknown until recent times, mystical traditions and esoteric schools have long known this area in the middle of the brain to be the connecting link between the physical and spiritual worlds. A physical eye that could see beyond space-time.

The Pineal Gland or the ‘third eye’ can be activated to spiritual world frequencies. A pineal gland once tuned into to proper frequencies with help of meditation, yoga or various esoteric, occult methods, music, enables a person to travel into other dimensions, popularly known as astral travel or astral projection or remote viewing.

Besides increased psychic awareness, pineal gland activation will help the pineal gland, or the ‘third eye’, to act as a stargate that can see beyond space and time. It also acts as a link between the physical world and the spiritual world.

That's not all. Other benefits of pineal gland activation include telepathy and a greater level of perceptiveness that can go beyond this three dimensional world. There are three crystals in the pineal gland which help with this ability of visionary capacity. The three crystals are apatitie, calcite, and magnetite. Together, all these three crystals create a cosmic antenna, which aids the transfer of signals between the different dimensional planes and worlds.

The pineal gland in most people today is not activated or stimulated. 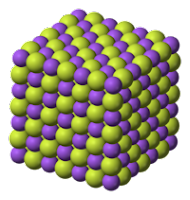 In the late 90′s, a scientist by the name of Jennifer Luke carries out the first study the effects of sodium fluoride on the pineal gland. She determined that the pineal gland was a target for fluoride. The pineal gland simply absorbed more fluoride than any other physical matter in the body, even bones.

Pineal gland is like a magnet to sodium fluoride. This calcifies the gland and makes it no longer effective in balancing the entire hormonal processes through the body. Sodium Fluoride is the only thing that attacks the most important center of our gland in the brain.

It all started when the fluoride was introduced into the water by the Nazis and the Russians in their concentration camps to make the camp population docile and do not question authority. Nowadays, it’s prevalent in foods, beverages, toothpaste and in our bath and drinking water. Sodium Fluoride is put in 90% of the United States water supply with just one goal, to turn us into a mundane slave of secret societies and shadow organizations.

Human DNA is "Off-world" created by highly intelligent aliens, God is responsible for the spiritual entities within our bodies and our ‘Third Eye’... is the seat of our soul, an intricate control panel, pre-loaded with spiritual software and last but not least the wireless connection with information constantly being transmitted from our creators.

But... if you take away the 'third eye’, then actually you disconnect the transmitter, the three crystals who create a cosmic antenna, which aids the transfer and receive of signals between the different dimensional planes and worlds and that may never have been the intention of our creators.