April 23, 2013
This six-inch body was found in the Atacama Desert in Chile. Genetic analysis has revealed it to be definite organic material with a plethora of striking abnormalities so-far unseen in any other life on Earth.

After six months of research by leading scientists at Stanford University, the Atacama Humanoid remains a profound mystery.

The humanoid was first discovered in 2003 in the remote Atacama desert region of Chile, but I did not learn of the existence of the specimen until 2009, when invited to examine the mummy-like remains of the humanoid in Barcelona Spain. In the summer of 2012, Ramón Navia-Osorio Villar, President of INSTITUTO DE INVESTIGACIONES Y ESTUDIOS EXOBIOLÓGICOS graciously permitted our team to do further tests on the humanoid. 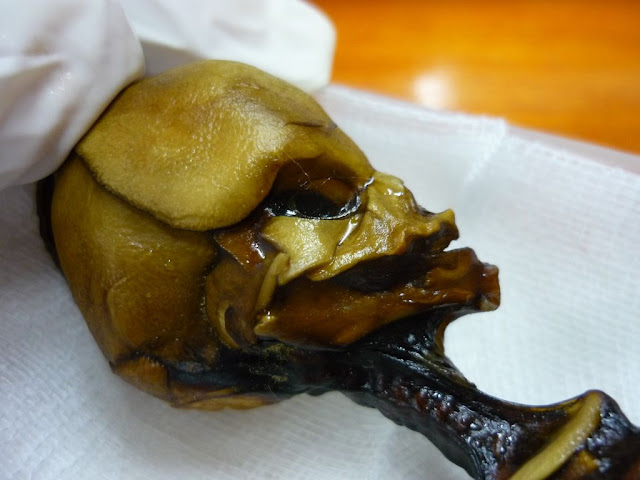 There is a need to bring modern biomedical, transparent and verifiable analysis to a variety of arenas. In the Fall of 2012 a biomedical analysis was initiated of a mummified specimen claimed to have originated in the Atacama Desert of Chile, South America. X High resolution photographic, X-Ray and Computed Tomography evidence was taken, along with purification of DNA for whole genome sequence (WGS). READ FULL REPORT pdf

4.OpenmindsTV posted earlier this week a revealing story including a video of the original 7 minute TV program about the case aired by Chile’s Megavisión Channel V shortly after the creature’s discovery was published in the local press in 2003, outlining the origin of the alleged tiny ET creature and they chronicled how this creature was none other than a case known in Chile as the La Noria ET from 2003. READ FULL REPORT

The US Navy filmed “PYRAMID” shaped UFOs; here is that footage

April 09, 2021
In 2019 the US Navy photographed and filmed “PYRAMID” shaped UFOs and "SPHERICAL" advanced transmedium vehicles; here is that footage. This is only part of the story and visual evidence pertaining to UFO / UAP incursions by Unknown Advanced Transmedium Vehicles (UATVs) - engaging our US Navy warships.  Background:  On May 1st 2020 a classified briefing was generated about the UFO / UAP presence, via the Office of Naval Intelligence (ONI). Those familiar with the briefing articulated to me that the goal was to de-stigmatize the UAP problem and to promote more intelligence collection regarding UAP incursions and encounters with active military deployments. This UAP briefing was a build-on to a previous ONI briefing, generated October 18th 2019. Both were distributed across a wide range of intelligence network platforms.  Jeremy Corbell was able to obtain information regarding these and other UAP related briefings - as well as - unclassified slides and some of the most intriguin
Read more