May 09, 2013
A potential massive lost city or site has been revealed in an area of the “Verneukpan” an inhospitable area of salt flats in southern Africa. 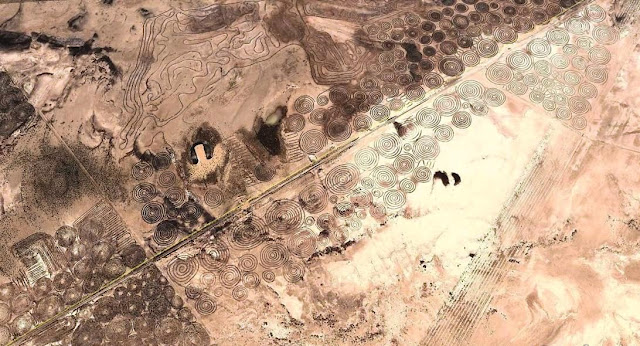 Jaimy Visser, from the Netherlands, has been using Google earth to map the world’s ancient sites.

Archeomaps is Jaimy Visser's site with a global overview of archaeological sites on Google Maps. 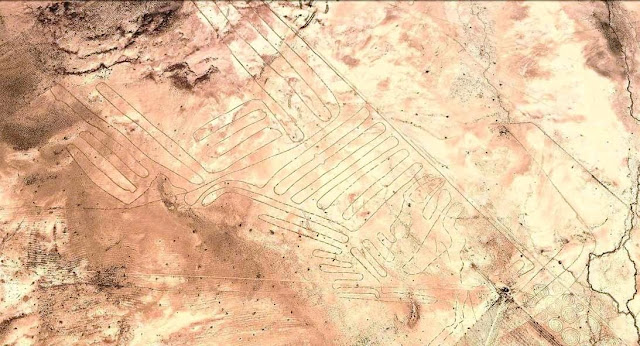 The remarkable discovery immediately drew attention of Michael Tellinger a wellknown ancient investigator. Mr. Tellinger: "This is a huge new step and an exciting page in the Vanished Civilisations of southern Africa – this is one of the most exiting discoveries since the Nazca Lines". Read full story 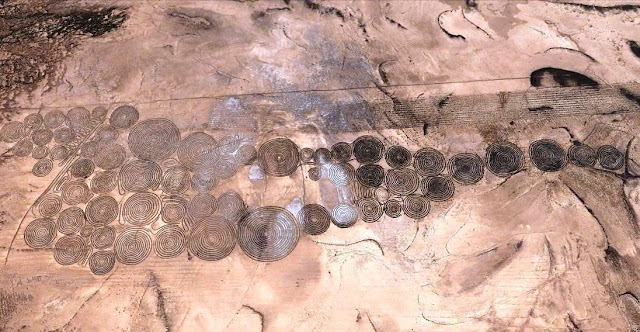 June 24, 2021
A secret base built in a crater on the planet Mars? Google Mars shows a 4km width crater on Mars in which a large closed building structure seems to have been built. Visible are two large rectangular black areas, separated by a rectangular pillar and in front of the structure on the left, another building.  But before we assume it is a secret base, there is also the possibility that the structure is nothing more than a compression artifact caused by digital compression software, giving it a pixelated look.  Though, surrounding craters do not show similar structures which makes it possible that the huge structure in this crater is not a compression artifact but a hangar with two (black) entrances to hold spacecraft. Coordinates Google Mars: 10°47'20.46"N 130° 0'41.91"E
Read more