on July 20, 2013
Three ancient pyramids have been discovered in the Antarctic by a team of American and European scientists. Two of the pyramids were discovered about 16 kilometers inland, while the third one was very close to the coastline. An expedition to the bizarre structures should answer the intriguing question whether they are artificial or natural. 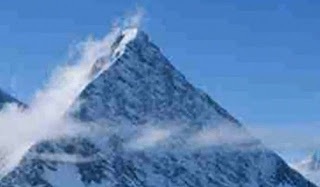 The first reports about the pyramids appeared in western mass media last year. A few pictures were posted on some web-sites with a commentary that the strange structures could serve evidence that the ice-covered continent used to be warm enough to have had an ancient civilization living there.

At the current moment little is still known about the pyramids and the team continues to keep silent about the discovery. The only reliable information provided by the scientists was that they were planning an expedition to the pyramids to research them more thoroughly and determine for sure whether the structures were artificial or natural. No details about the time frame of the expedition were offered.

In case the researchers prove the pyramids are man-made structures, the discovery may bring about the biggest revision of human history ever made.

Meanwhile, a number of strange but interesting discoveries have been made lately in the Antarctic.