September 27, 2013
Seabed Researchers have found several strange shapes on the bottom of the Barents Sea, North of Norway.

One of the shapes is a major '9 'of 1000 meters long, 60 meters width and eight meters deep into the seabed. 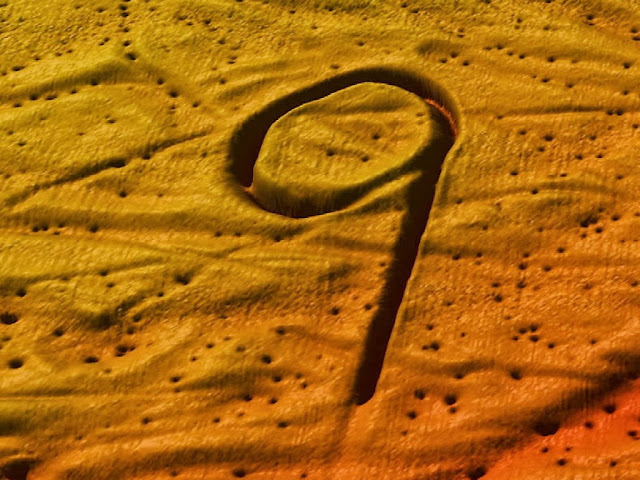 "We saw hearts, shapes resembling animals or Arabic characters and illegible signatures," said Hanne Hodnesdal of project MAREANO . "The most obvious sign is probably the major 9.

Also they found the shape of a huge arrow-head, almost half as large as southern Norway. Note also the 'tracks'. 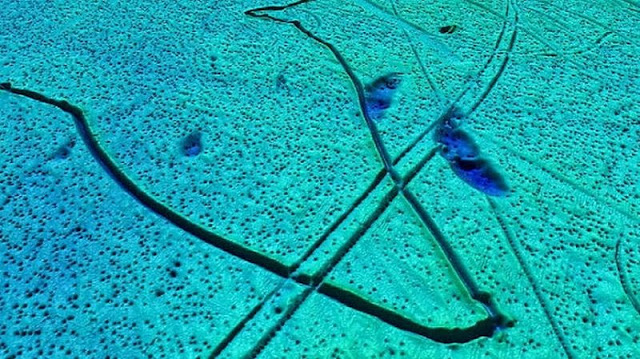 Hodnesdal had two years ago, when the government put money aside for the exploration of the seabed, never thought they would see something weird like those shapes. “We expected that the soil would be relatively flat"

The soil was mapped with the help of sound pulses. The distance to the surface is determined by measuring the delay between the transmission of a pulse and the reception of a reflection of that pulse the time. 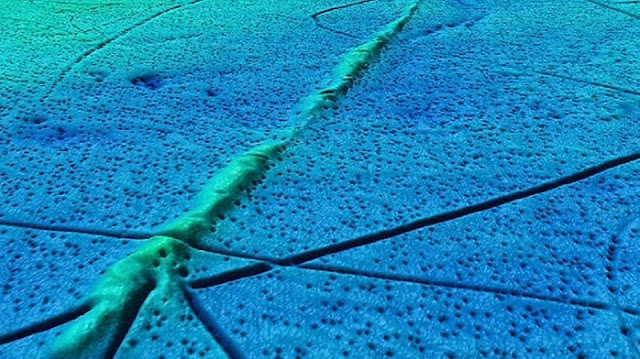 The above ridge is over 170 meters wide and six meters high. It is unclear how the ridge has formed.

This article is translated by Google Translate, but it's not a 100% perfect translation.
Full article at: vg.no and pluss.vg.no