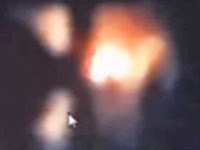 Geologists estimate that Mercury's iron core occupies about 42% of its volume and it has a large magnetic field, for Earth this iron core proportion is 17%. Earth however is denser overall.

Mercury's core has a higher iron content than that of any other major planet in the Solar System. Mercury's core makes it the most iron-rich planet in the solar system, with iron accounting for 65-70% of the planet's mass. This should allow us from Earth to see unprecedented Magnetic Field interactions between Comet ISON, Mercury and our Sun (November 12-18, 2013.)

The shutdown of the U.S government, and the unprecedented lockdown of national sites, many of them privately owned, free and not even related to the Federal government coupled with the fact that you see both political parties in Washington D.C. stalemating the issue it is starting to show what is happening if you will look closer.

If the dollar folds there will chaos, and people will be more worried about losing their life savings than looking to the planets for signs of electrical chaos. Riots during a worldwide economic collapse will ensue and the police and armies of our world's countries can control the citizenry. 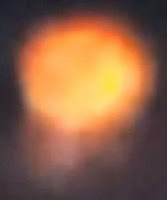 We saw what ISON did to Mars when it passed. It caused the entire planet to glow with plasma. Electrically charged particles even discharged from Mars and shot into space. Is it possible that if our Earth gets charged from ISON we could suddenly find ourselves on parts of our globe without power.

A good example of what will happen if the power grid fails was the unexpected shutdown of American's EBT food stamp 'cards' system due to a critical failure last Saturday. Imagine, 44.5 Million people are on food stamps in America and they could not buy food, because the failure of an electronic system. Riots, plundering and chaos will break out and not within 1 week, not within a couple of days, but within hours.

Preemptive messages to prepare would panic the public. Law and order would break down almost instantly along with the economy. Who would work? All savings would be withdrawn to buy items which would run out within the first week of panic buying, long before the event actually happened. Economic meltdown is a far easier way to keep order until the last minute.